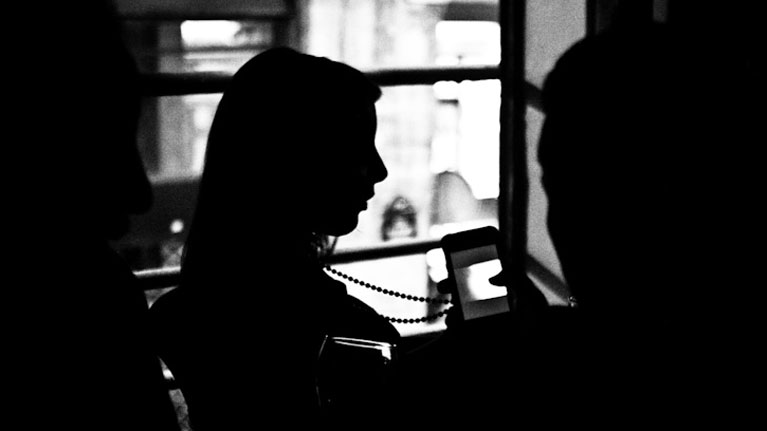 Who do Palestinian women turn to when they suffer abuse?

Violence against women in Palestine takes social and structural dimensions that are evident in the protection afforded by the Palestinian Authority to the tribal culture, to the extent that it has established the so-called ‘General Directorate of Tribal Affairs and Conciliation’, while overlooking for years the duty to provide full protection to women, including by offering adequate and safe shelters.

Palestinian society is subject to complex violence, and women usually experience additional layers of violence when they remain in the bottom of the family and social hierarchy as they endure oppression and ostracization that surpass the experiences of women elsewhere in the world. In addition to being the weakest social link in a patriarchal environment that is largely tribal and religiously conservative, Palestinian women also pay their fair share of living under colonial oppression.

Violence against Palestinian women is ‘social’ too

Like all Middle Eastern societies, Palestinian society depends on a hierarchal structure based primarily on a gender and age criteria. This society largely rejects the principle of equality between men and women, with this deep societal refusal manifesting itself in the daily experiences, details and stories of women in Palestine – in their marriage decisions, their tough journeys to divorce, and even in their education and ability to travel, there are details that should be ‘normal’, whereas women are still unable to make decisions about their lives independently and freely as they often find themselves forced to submit to the decision of their ’guardians’ when undertaking any of those. Society contributes to a large extent to mainstreaming acceptance of those behaviors, further entrenching those rules as self-evident measures in women’s lives, thereby offering blessings to the oppression practiced against Palestinian women.

Statistics issued by organizations monitoring violence against women affirm how widely this phenomenon is practiced against Palestinian women. For example, data from a 2019 violence survey shows that about “29% of married women or previously married women -between the ages of 18-64- have been subjected to one form of violence at the hands of their spouse at least once.”

Violence practiced against women in Palestine takes social and structural dimensions that are evident in the protection afforded by the Palestinian Authority to the tribal culture, to the extent that it has established the so-called ‘General Directorate of Tribal Affairs and Conciliation’, which is a department in the Ministry of Interior. This gave tribal customs, with all the patriarchal traditions they carry, the legitimacy of the ruling and implementing authority, at a time when Palestinian legislation is in a state of weakness because of the incapacitation the Palestinian Authority and the Palestinian Liberation Organization.

Society resorts to this tribal adjudication in many instances because of its lack of confidence in the legal judiciary on the one hand, and because of the incongruence of law enforcement and the prevalent social culture on the other, as the latter prefers to refer cases relating to so called “honor crimes” to tribal parties. In some Palestinian areas, this has even led to ‘tribal men’ attacking feminist centers and institutions that call for the ratification of the Convention on the Elimination of all Forms of Discrimination Against Women (CEDAW) on the grounds that these institutions call for everything that contradict traditions and culture.

Who should women victims of violence in Palestine resort to?

Against this grim backdrop which is exacerbated by the increase in the number of cases of violence against women and the inability of the Palestinian political system to put an end to it. Till this day, only three safe shelters for women have been established in three Palestinian cities, and until now those shelters are unable to accommodate the growing number of victims of violence, despite all the calls, plans, strategies, and institution building projects that have been launched since the establishment of the Palestinian Authority. Refuge to those centers is still very rare compared to the number of women that need this kind of support.

“There is fear of going to the police amongst women in Palestine,” explains Amal Juma’a, broadcast media officer at the Women Affairs Technical Committee (WATC) and member of Nisaa FM group. “As a result, an idea emerged to create informal safety networks that can then become spaces that women could resort when they are subjected to violence in the West Bank and Gaza.”

Juma’a stressed that the issue of violence is a social issue, saying that “as long as society believes in men’s right to insult women, then violence will not end, and in those beliefs lie one of the most important reasons why women do not go to specialized centers, while the failure of the Family Protection Law to end violence contributes to the unending prejudice against all women.”

According to the latest survey report by the Ministry of Social Development on centers dedicated to protecting women from violence, 93 women who experienced violence have been housed in three centers located in the cities of Ramallah, Jericho and Nablus. According to the report, the abused women were offered psycho-social and health services.

Till this day, only three safe shelters for women have been established in three Palestinian cities, and until now those shelters are unable to accommodate the growing number of victims of violence

The COVID-19 pandemic has had a huge impact on Palestinian society – which has already been suffering from unemployment, poverty and occupation – further exacerbating its economic, psychological and social burdens. But this impact was magnified for women, as is usually the case. This explains to some extent, the increase in the number of femicides during the years of the pandemic and the concomitant economic collapse. The number of murder cases in 2019 reached 23, while in 2020 the number reached 15.

“There has been a big and unprecedented increase in cases of violence in Palestine especially during the time of the pandemic and the quarantine period the world underwent,” said Amal Abu Srour, program manager at the Women’s Centre for Legal Aid and Counseling. “We documented several reasons that contributed to increased rates of crimes and violence against women, most prominently the presence of the abuser at home for long periods of time without the ability to leave the house [being confined to home], the interruption of the work of feminist and social organizations, and the interruption of access to services offered to women. All these factors contributed to the accumulation of psychological, economic, and social burdens, which led to an increase in rates of violence and crime more than any other time.

Abu Srour adds: “We witnessed the emergence of new types of psychological violence due to the psychological pressures associated with lockdowns and quarantine, including the deprivation of economic rights, and having to endure the burdens of child and family care, which were placed on women primarily – this includes caring for the sick, the elderly and children – as well as withstanding the added responsibility of having to support [children] with distant learning, in addition to the burdens of daily household chores.”

In parallel, in 2020 the government announced, while expressing surprise, a decrease in rates of violence in Palestine despite the increase in cases documented by feminist organizations.

“As organizations, we did not stop working with women during these crises, and that comment by the government means that women’s contact with the police, shelters and safe homes during the pandemic was very low as they were inaccessible to women due to the total lockdowns and state of emergency imposed across the country, not to mention the disruption of the national referral system, the failure to follow a clear strategy for referring women and conducting the necessary examinations to receive them at safe homes, and the failure of the [Palestinian] Authority to prioritize their protection,” explains Abu Srour.

Abu Srour: “we witnessed an unprecedented increase of 160% in hotline call rates compared to the same period last year.”

The paradox is that the continuous rise in rates of violence against women has not been accompanied by the development of policies or official mechanisms that would work to protect women’s rights, especially during times of health and economic crises. Neither have state authorities adequately protected women from private or public violence, at a minimum by protecting them from having to continue living under the mercy of an abuser, by providing a bigger number of safe houses, or by officially advocating for breaking the prevalent patriarchal and tribal culture in favor of a more serious investment in civil legislation.

Rama is a Palestinian journalist who has been working in the media field for 10 years during which she gained experience as a reporter, TV producer and documentary producer. She has completed internships with the BBC, Al-Jazeera English, Jordanian Roya TV, Al Ghad TV and Algeria TV, and worked as a news writer with various digital media platforms covering economic, political and social issues. Rama is currently invested in documenting digital violations and attacks against Palestinian content online, especially on social media. She likes to call her work “a one-woman show” as she taught herself the skills it takes to film, produce and edit reports all by herself, which allowed her to document and report on women’s stories and successes using various media tools alongside her work with Nisaa FM, a feminist radio broadcasting from Palestine.