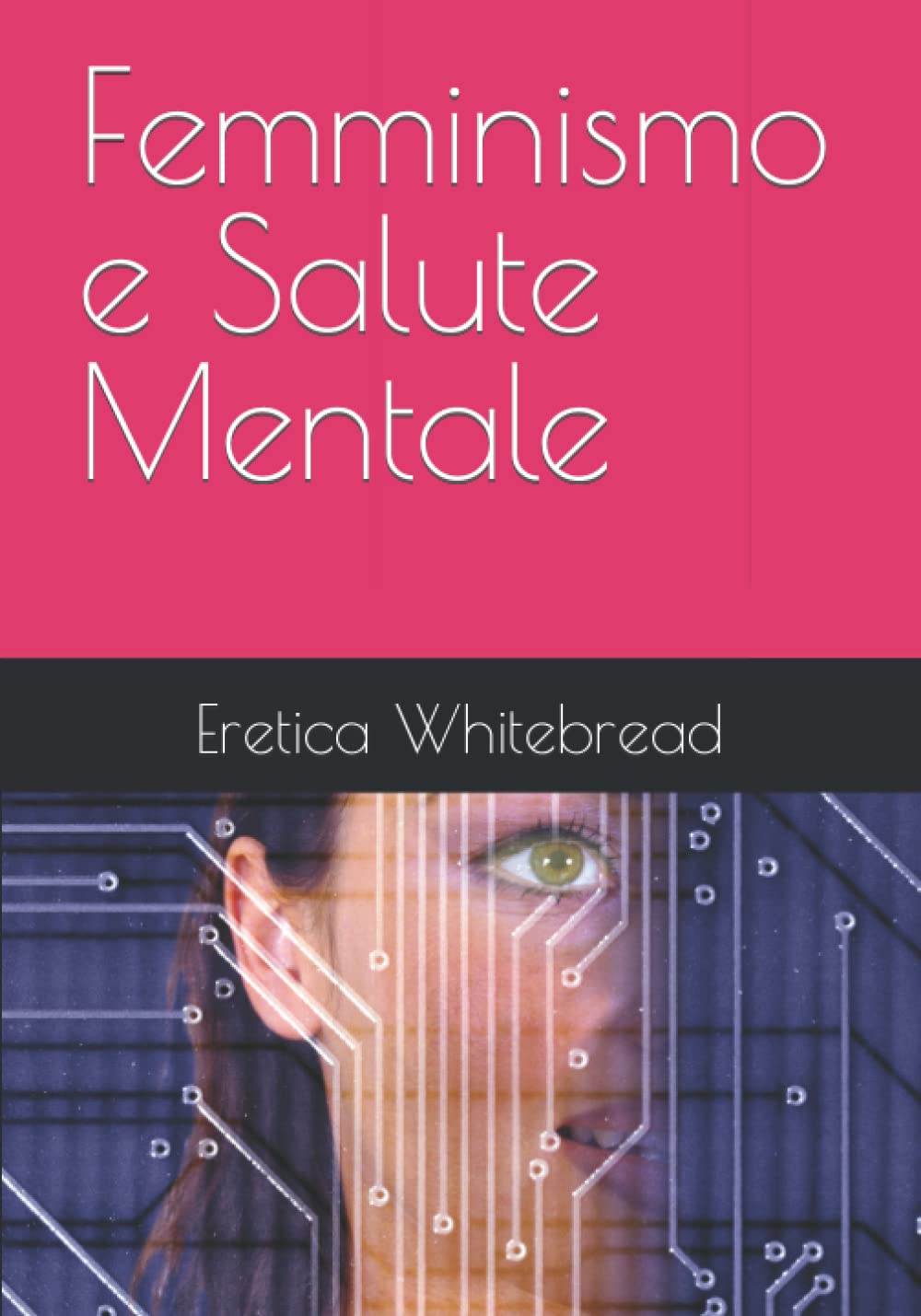 Sick women often do not reveal the pain they feel. Here's more from Eretica on the deep connection between mental illnesses and gender stereotypes.

My name is Antonella, but my artistic name is Eretica Whitebread. I was born and raised in Sicily. My family raised me to be a good wife and mother. The machismo and gender stereotypes that forced me to play these roles became so oppressive that I felt a strong sense of guilt.

My father was a violent man and my mother a submissive and complicit woman. After being beaten for many years because I was not the girl who fit the imposed model, I got pregnant, and my parents forced me into a reparative marriage with a man who was abusive himself.

These are the traumas that made me who I am, the traumas that I tried to escape and eliminate but which came back, first in the form of eating disorders, then in that of a depression that led me to a suicide attempt. This attempt dates back to December 2021, and since then, I have spent periods of time in a psychiatric unit. I am in therapy with an Asl psychiatrist. My case is under the responsibility of the Mental Health Centre of District 4 in Florence.

Before that, I consulted other psychiatrists who prescribed medication that I took for ten years and which, instead of improving my condition, caused me paralysis, agoraphobia, drowsiness and lack of will to live. Nevertheless, I continued to do what I have always done, that is, writing about myself and about the women whose stories I have always hosted on the Abbatto i Muri Facebook page and on my eponymous blog.

The last period of my life was the most difficult because, as I was not actively contributing to the family economy and not having yet analyzed everything that had happened to me before, I began to accumulate feelings of guilt towards my partner.

Nonetheless, with my new psychiatrist, I was able not only to change therapy, which restored my lucidity and vitality, but also to see things in a new light. My post-traumatic stress disorder, the guilt over the roles I failed to play, the shame over the evil that afflicted me, and still does, are closely related to my gender.

I have therefore analyzed my entire life, publicly, by restoring to those who follow me all the awareness and new knowledge I have gained from my experience. So, I came up with the idea of a book on mental health and feminism, as mental health is not problematized through the feminist prism, or at least not enough.

There is a clear lack of information. Most often, women with mental illnesses do not reveal the pain they feel. Yet, there is a deep link between some mental illnesses and gender stereotypes. Sexism, machismo, misogyny, body shaming and gender violence, are just some of the pressures that push so many women into paralysis.

Many of them cannot set foot outside their homes for fear of being judged because they are ashamed of their bodies. Many of them practice self-harm, cutting off an arm or a leg, in an attempt to evacuate the pain accumulated due to traumas that they have never disclosed. Many suffer from eating disorders because they feel inadequate to the dominant aesthetic model. In Italy, 90% of depressed people, including many women, suffer from an illness that immobilizes, induces total paralysis, and can lead to suicidal thoughts.

In order to defuse the self-destructive effect of these illnesses, we need to know their origins and try to examine mental illnesses affecting women from a gender perspective. However, this is not enough. We must push the analysis even further. It is the precariousness that also affects so many women: issues of gender and social class add up.

Mental health is not problematized through the feminist prism, or at least not enough…

I have therefore tried to provide others and myself with a necessary synthesis for debate, so that discussions revolving around these issues are not excluded from public spaces, so that women with mental illnesses feel safe when invited to a feminist assembly.

I hope that this premise is enough to explain why I want this subject to be discussed publicly. So many people have written to me privately to encourage me, but also to thank me, for not being ashamed of being mentally ill, removing the stigma that hangs over our heads.

Their experiences must emerge so that the institutions themselves address the issue of mental health from a gender perspective, trying to oppose practices such as restraint or electroshock that are still practiced in Italy.

Now called “electroconvulsive therapy”, electroshock therapy is administered to women suffering from postpartum depression in various hospitals, starting with Pisa. This should not take place. We cannot go back to Victorian times. We do not want to legitimize practices that should be made illegal because they are immoral.

I am on medication that makes me feel much better. I owe this to the professionalism of my psychiatrist and to a hospital ward where psychiatry is not considered a punishment deserved by the patients. I am Eretica. At the hospital I was diagnosed as “sober depressive” because I was able to produce logical reasoning even when I was ill. I am not ashamed of my condition, and I struggle so that no other person has to be ashamed of theirs.

Indeed- it is not your fault!