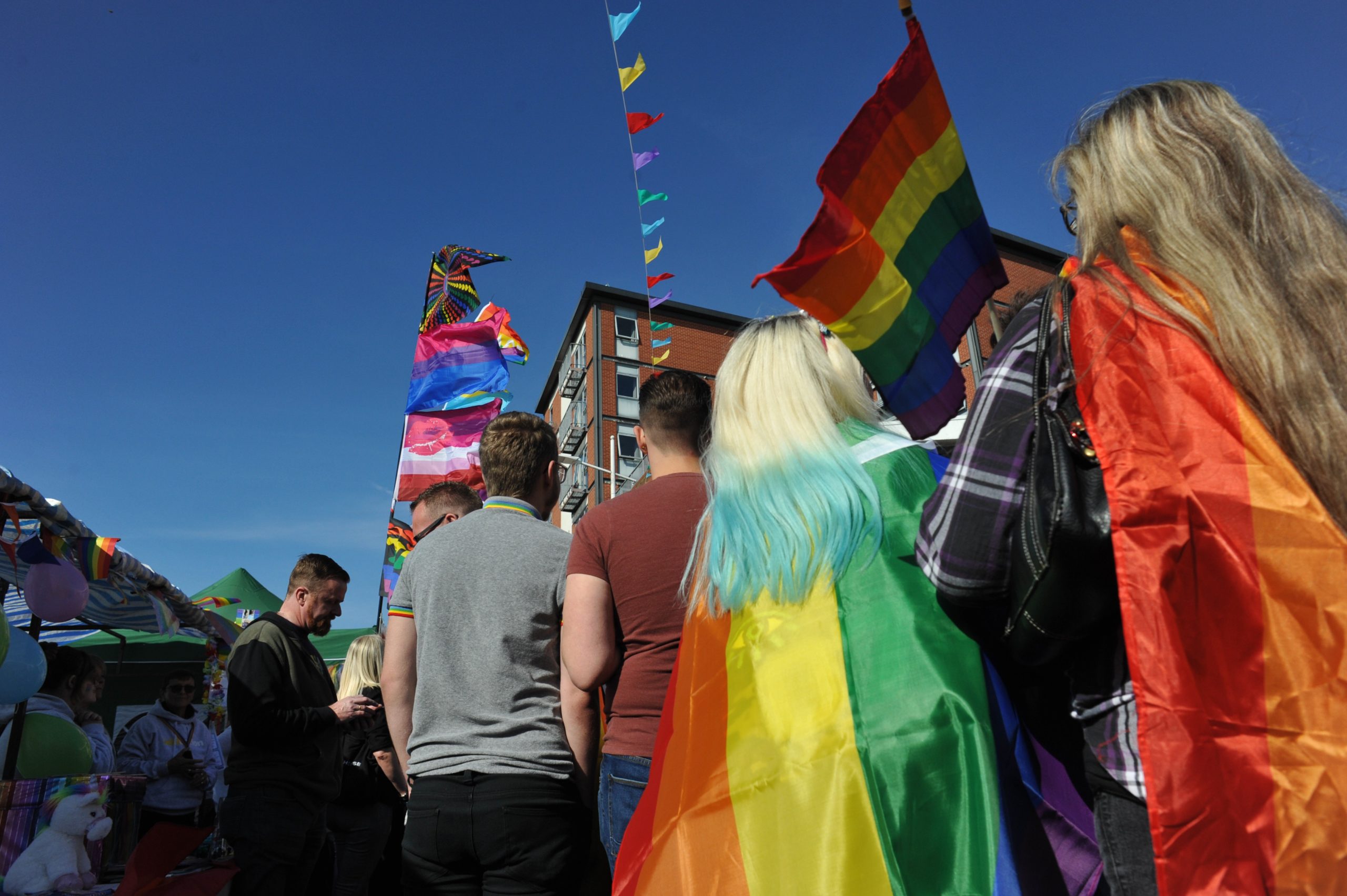 Does the trans revolution obliterate women?

A magazine cover announcing a baby bump, a new life… but this time the pregnant person wore a beard and moustache. “Diversity is a source of enrichment,” reads the headline. Something is not right about this, argues Monica from Italy.

While I was preparing the audio recording for the Rai3 wikiradio on the Pierobon trial, a milestone for the launch of the Law 194 allowing voluntary interruption of pregnancy at the beginning of the 70s, I came across the complaint for ‘contempt of religion’ which the weekly magazine, the Espresso, was faced with for its stark cover of 1975. It was the image of a pregnant woman, naked and nailed to a cross, with the accompanying title Abortion, an Italian tragedy. A strong and clear message recalling that millions of women in Italy were forced to abort illegally with huge risks of septicemia, bleeding, sterility and death.

One cannot but remember this cover when seeing what the same weekly magazine published mid-2021: a cover announcing a baby bump, a life that will be born, a baby on the way, but this time the pregnant person on the 2021 cover designed by Fumettibrutti, wore a beard and moustache. “Diversity is a source of enrichment,” reads the headline, written in felt-pen on the belly.

To give greater prominence to the iconographic choice, the cover headline connects what I perceive as oxymoronic ‘male maternity’ with the rights at work. On the website of the Espresso, we read that the cover story is a long in-depth focus on the ongoing struggles for civil rights and the right to work, making it look as if the Zan law – a bill against homotransphobia criticized by parts of the feminist movement and recently rejected by Parliament- and the fight for employment protection, were two sides of the same coin.

The fact that diversity is a source of enrichment is undeniable. Upsetting patriarchal culture has always been the clear claim and objective of feminism. The aim was to break the universal granitic masculine that presumably encompassed every other identity and wiped, especially the feminine, off the world, from language and culture to law and representation; and to clearly state that the primary difference with which to rewrite the human narrative should be one based on women’s accounts, experiences and views.

The main pressing question for me was: When did diversity start meaning that maternity can be falsely presented through a pregnant person with a beard and moustache, or in other words, a man, according to the more subtle message of the cover?

The aim was to break the universal granitic masculine that presumably encompassed every other identity and wiped, especially the feminine, off the world

It is worth noting that this cover was not an exclusive investigation carried out by the Espresso revealing the centuries old deception in which women have grown up to be “the sex that envied the penis,” to perhaps prove that it is men who have felt jealous of the uterus and the peculiar female generative capacity. So, what was the message behind the cover?

While it is important to take time to understand what these symbols and words meant, one thing was certain for me: the weekly magazine clearly emphasized the connection between the somewhat shaky theme of ‘male motherhood’ with the much more solid demand of labor rights (worth mentioning that it was actually a man who was interviewed on this matter). The cover reminded me of another image evoking the fact that ‘nothing is inconceivable’. This was the slogan of the light comedy Junior, where the very unfeminine Arnold Schwarzenegger gets pregnant. It also took me back to the story of two transgender activists who have decided to tell the world about their encounter, their transition journey and their desire to start a family. Trystan and Biff, a man and a woman in transition from Portland, Oregon who adopted Hailey and Riley. But then at some point, the woman of the couple stops the medical treatment and becomes pregnant in 2018.

Like millions of VIP couples, Trystan and Biff document their pregnancy and post about it on their facebook, instagram and youtube channels. However, in the particular case of this couple, the two parties erase the woman and her motherhood and speak only of themselves as two men: ‘two men made a baby,’ stands out in their social media ‘male pregnancy’ campaign. ‘We are two dads,’ is how the birth is announced. In their video, shared shortly after Leo’s birth, the father says: “Next time someone tells you a man cannot give birth, show them this video.” From the hospital bed, the mother smiles approving this thought: “Because I did it!”

I do not know where to start from to express my dismay. Should I highlight the mystifying arrogance I sense in denying evidence, and therefore paving the way for the suppression of the female body, by those who have just given birth? Or should I point out the probable delusion of omnipotence shared by Trystan and Biff who, in adherence and celebration of the possibilities self-perception allows, falsify facts by completely nullifying the female body?

If one pays close attention to the materials produced by this couple -presented as a training agency for schools to tell children about what a true loving family is- one cannot but notice their obsession to emphasize and promote the fact that they are two men, two fathers. And in my view, this is a puzzling manifesto of women’s elimination, of the elimination of the feminine of the world, in the name of trans perfection, finally self-generating, albeit through a heavily misogynistic lens.

The couple’s campaign is centered around The trans revolution, a type of revolution that is disturbing many, not because diversity is uncomfortable to them, to us, but rather because it is far from celebrating diversity when in fact it is succeeding in eliminating its origins.