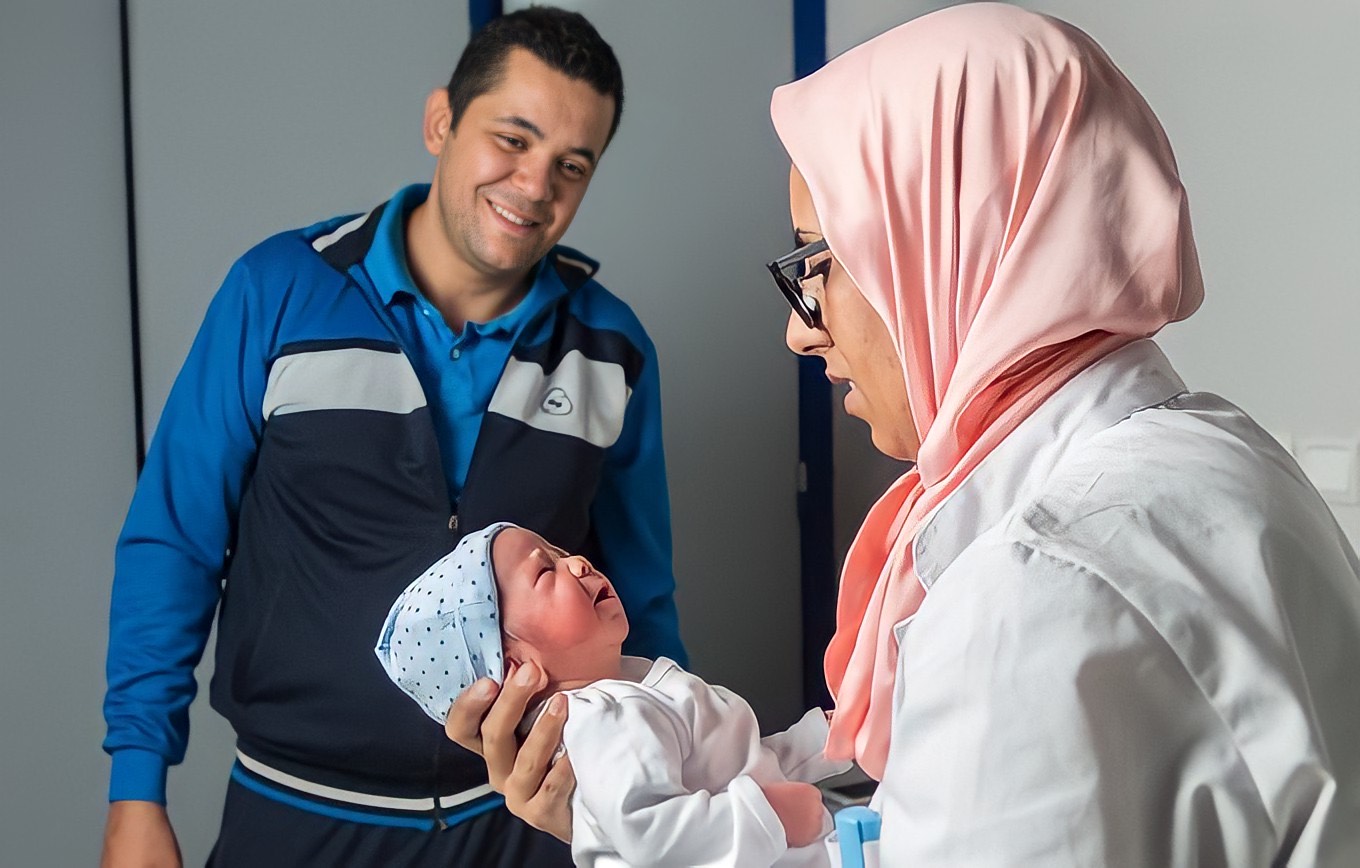 Midwives in Morocco: The “life-givers” are in danger

In the shadow of the city, in rural and mountainous regions of Morocco, midwives are conducting work of capital urgency.

Giving life at the risk of losing one’s own. Despite the risks, in nature, between mountains and rivers, births bloom like flowers. The miraculous act of giving birth perpetuates the cycle of life. However, with no medical support, it can be fatal. Every year in rural areas, mothers lose their lives as a result of complications occurring during unattended pregnancies.

This is where the fundamental role of the midwife comes in, as the intermediary and protector of both mother and child. Her intervention encompasses all care related to sexual and reproductive health, and ranges from the practice of childbirth and pregnancy monitoring to the medical care of mothers and newborns.

A midwife in the village

We have followed Chaimaa, a young 24-year-old midwife in Oulmès, a village located in the Middle Atlas Mountains. She found herself haphazardly in this profession, which was first recommended to her by her cousin, but she quickly discovered the joys of the job, the gentleness and humanity that enveloped her.

“I love the idea of accompanying mothers: of bringing joy back to mothers and their families, and helping them welcome their babies to life. It is heart-warming”.

Chaimaa studied at the INSIPTS of Rabat (Higher Institute of Nursing Professions and Health Techniques) and specialized in obstetrics. After graduation, she sat for a national exam, as do all of the Kingdom’s midwives, who are then assigned to a region based on their grading score.

“Coming from Salé, I chose Oulmès because it was the closest village in the Rabat-Salé-Kenitra region. As a city dweller, it was not easy to move to rural areas to work. But I got used to it thanks to my colleagues.”

The health center where she works is the only one in the village. There are 5 midwives in this center. The population of the municipality is estimated at 18,706 people, a decent ratio compared to other regions, some of which do not even have a health center.

“Rural areas obviously lack equipment, material and human resources. However, the hardest part is also convincing mothers to follow our advice when they need to see a doctor, or just be rushed to a hospital. In a rural community, women have a terrible lack of trust in medical assistance. It takes us a lot of effort to make them understand the possible risks of an unassisted birth. Most women prefer to give birth at home rather than in a delivery room with accessible medical care,” Chaimaa explains.

The low level of education, lack of awareness, patriarchal burden and poverty all have a direct impact on the health of women, who face spatial, economic, social and cultural obstacles at the same time.

Spatial disparities and a failing health system in Morocco

If women lack awareness of the need for care and medical assistance, there is also a huge deficit of public health facilities in the country. The shortage of basic health care centers and their physical inaccessibility unfairly penalize rural inhabitants. Some regions do not even have dispensaries. Moreover, there is a lack of human resources, low qualified human resources and unequal distribution over the territory.

The health system is unable to ensure the generalization of its reproductive health care offer for the benefit of women.

Despite the increase each year in the number of midwives and gynecologists, the workforce remains very limited with regard to the population and delivery rates. The density of paramedical personnel trained in childbirth care is below the threshold defined by the WHO. The ratio is one midwife per 23,700 inhabitants, nearly 5 times lower than the WHO recommended standard of one midwife per 5,000 inhabitants.

In Morocco, sexual and reproductive health is still singled out as one of the major scourges in delaying the development of the country and hampering its international ranking according to the human development index established by the UNDP. The main cause remains the lack of budgetary posts allocated to the health sector, which urgently needs them.

Midwives: an essential and precarious profession to be saved

According to the Moroccan National Survey, maternal deaths have fallen by 68% over the past decade. Today, professional midwives attend 89% of births. Midwives have played a key role in the survival of mothers. Yet essential, their profession remains unrecognized and precarious.

Thus, despite the legislative improvements experienced by the profession, the lack of resources as well as the lack of staff in dispensaries and their unfair distribution across the territory threaten the exercise of the profession. Today, there are 4,371 midwives in Morocco, and 2,200 are unemployed.

Most recently, in May 2021, the two associations joined forces with UNFPA to jointly establish a common work plan to improve the midwife profession in the service of women and newborns. The objective of the project is to strengthen and enhance the skills of Moroccan midwives, for a reproductive health service that meets quality standards and guarantees full respect for sexual and reproductive rights.