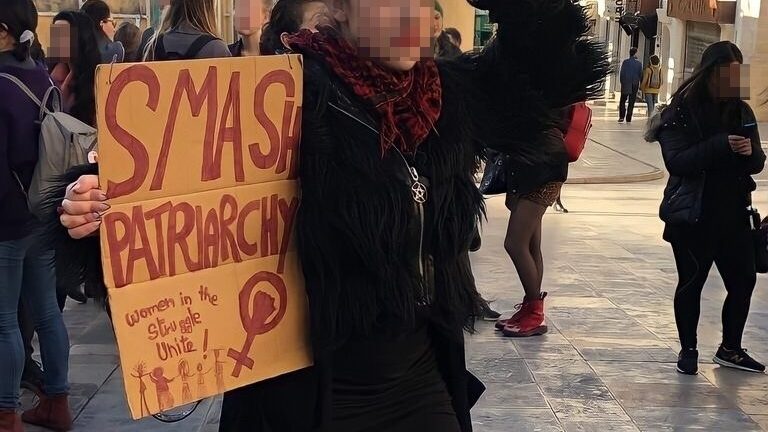 Feminism in Malta: a brief overview

A stronghold of the Catholic Church, the small Mediterranean island nation of Malta’s culture and norms are firmly rooted in religious tradition. Despite the country progressing in civil freedoms, such as the introduction of the right to divorce in 2011 and a marked increase in female participation within the workforce, the fight for reproductive rights and against violence directed at women continues.

Malta gained independence from the British empire and became a sovereign nation in 1964.

The country granted universal suffrage while it was still under British rule, in 1947. Elections held that year also saw the first woman contesting a seat in Parliament. Men far outnumber women in local politics, the number of female candidates largely plateaued since the early 2000s.

A March 2021 report by the EU’s statistical arm, Eurostat, found that Malta has the lowest share of women in a European national Parliament. Currently, there are nine MPs out of a total of 67, representing a 13% of the House. In Government, just two members of Cabinet are female out of 20.

With a view to increase female participation in public life, Malta’s Parliament in 2021 approved amendments to a law to introduce a gender balance mechanism. If no more than two parties are elected to Parliament (as is the norm), and if a gender gets less than 40% of the seats, a maximum of 12 seats, six on either side of the House, can be added.

The feminist movement in Malta

The battle to place women’s rights and feminism high on the public agenda has gained steam over the last decade. The fight for universal suffrage in the early to mid-90s, while led by key feminist figures, did not see women take to the streets, and was fought from behind desks instead.

Indeed, in Malta, many a legislative change championing equality have largely been fought behind desks rather than the streets.

In 2016, a judicial letter filed by a women’s rights activist and lawyer and backed by a total of 102 women for the morning after pill to be made available in Malta saw the first major jump in reproductive rights on the island. It was made available in some pharmacies by the end of the year after much national debate.

With a blanket ban on abortion, and no exceptions made for incest, rape or when the mother’s life is at risk enshrined into law (the principle of double effect is applied when there is a real and imminent threat to a mother’s life), March 2018 saw the first NGO publicly pronounce its support for abortion rights. The Women’s Rights Foundation, a non-profit organisation providing legal support and advice on a wide range of women’s issues, has since been actively campaigning in favor of women’s reproductive rights.

This led to the creation of a reproductive-rights coalition advocating a pro-choice stance, among other rallying cries, that same month, called Voice for Choice.

In May 2019, the first advocacy group within the medical community was founded, called “Doctors for Choice.”

Politically, Malta’s female members of Government and Parliament have championed and fought for equal rights and equal pay, and the 2014 introduction of childcare paid for by the state made a marked improvement on the participation of women in the workforce. As of 2019, around 49 per cent of the female working age population was employed or actively seeking employment.

In 2021, an independent MP shocked the public by filing a Parliamentary motion to decriminalise abortion, which was promptly shot down.

According to the European Institute for Gender Equality’s 2020 index, the country ranks 15th in the EU, with 63.4 out of 100 points. Malta’s score is 4.5 points below the EU’s score.

Since 2010, its score has increased by nine points (+ 0.9 points since 2017). With progress gaining momentum, the country improved its position by four places since 2010.

The picture becomes less rosy when viewing the numbers on domestic violence. According to Malta’s National Statistics Office, when compared to 2016, the number of persons in 2019 who used services offered to those experiencing domestic violence increased by 41.2%, from 1,816 to 2,565.

Activists and campaigners have long warned that the figures would be much higher were the police more sensitive to domestic violence victims and improved procedures were in place. In a bid to address this, a special unit within the Malta Police Force was set up in 2020, among other amendments.

Malta has been signatory to the Istanbul Convention since 2012, however it is widely acknowledged that more work needs to be taken in this regard.

Despite a blanket ban on abortion, and women in Malta being given the right to divorce or have a full range of contraception easily available taking place more recently than its European counterparts, a growing minority of progressive voices and organisations has re-invigorated debate and action in favor of equality.

Public celebration of International Women’s Day by grassroots movements has grown in popularity, and in 2021, Malta welcomed its first pro-choice party: Volt Malta.

Helena is a journalist based out of Malta. She studied European Studies and Communications at the University of Malta and went on to work for a national newspaper, “The Malta Independent,” for three and a half years. Later on, she joined “Content House Group” where she now focuses her work on business and economy related news, with a particular interest on how such issues impact the lives of women and vulnerable people more specifically.