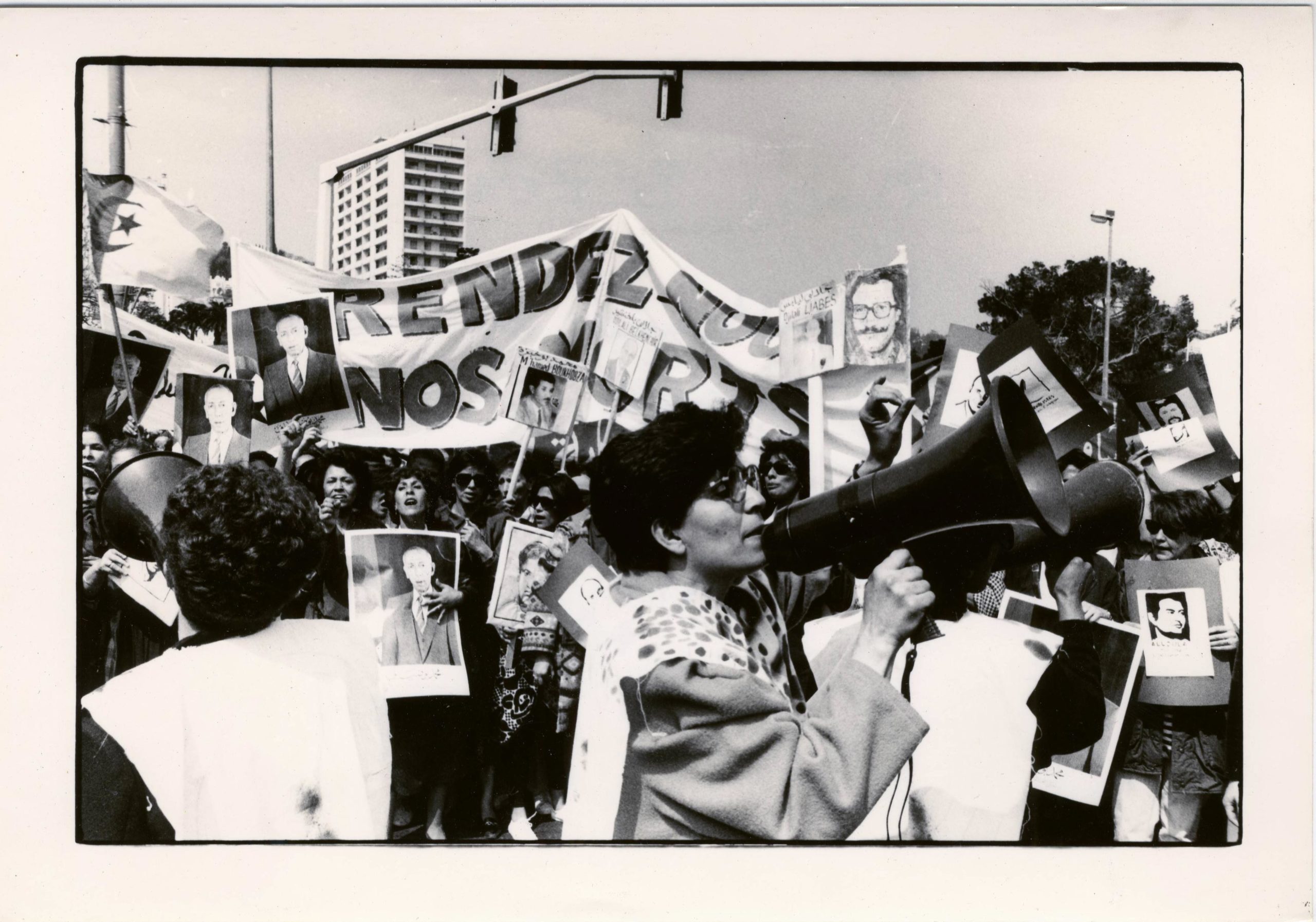 Feminism in Algeria: a brief overview

Women who then dared to claim equal rights were treated as “westernised”, “prostitutes”, “disbelievers” and “girls of the French party”. The argument that the Family Code was in contradiction with the Constitution in its Article 29, which provides for equality before the law was no longer even enforceable.

In 1984, the patriarchal system won one of its finest victories in Algeria. The Family Code adopted by an almost exclusively male national assembly came into force. All relations between family members will be governed by this text, the inferior status of Algerian women in their private life was now enshrined. The collectives of women supported by the moudjahidates (fighters in the national liberation war) were strongly mobilized against this “gift” made by the conservatives of the single party FLN (National Liberation Front) to the Islamists. Sit-ins in front of the assembly, demonstrations and marches failed to repeal this law.

In the 1980s, Algeria went through an unprecedented economic crisis and social instability that gave birth to a repressed popular revolt that ended in bloodshed on 5 October 1988. The Islamists were the big winners of this deliquescence of the regime in place and its violence against the people. The fruit was ripe and it was picked by the FIS (Front du salut islamique – Islamic Salvation Front), which won the local elections in 1990. Women who then dared to claim equal rights were treated as “westernised”, “prostitutes”, “disbelievers” and “girls of the French party”. The argument that the Family Code (of infamy according to feminists) was in contradiction with the Constitution in its Article 29, which provides for equality before the law was no longer even enforceable since the Islamists recognize the Koran as the only constitution. Yet, the Code is based on Sharia law and therefore becomes untouchable.

As during the war of liberation from French colonialism, Algerian women paid the price of resistance to Islamist extremism.

From the beginning of the 1990s, citizen and more particularly feminist demands entered their freezing phase. What was later called the black decade was doomed to survive the attacks and massacres perpetrated by armed Islamist groups.

Far from being blind, terrorism has primarily targeted intellectuals, artists, activists for the rights of citizens and, of course, feminists. As during the war of liberation from French colonialism, Algerian women paid the price of resistance to Islamist extremism. They have suffered rapes, kidnappings, torture and assassinations because they refused to give up their work, to wear the veil, to deliver their children to the maquis, to condone obscurantism and violence and for having played the role of political and community activists.

Popular resistance eventually triumphed over the armed groups, but the seeds of regression were already well sown. The law of national reconciliation led by former President Abdelaziz Bouteflika gave pride of place to supposedly repentant extremists but ignored the plight of women raped by them. A sordid bargaining with the religious authorities then followed for the recognition of these victims as such.

The feminist movement in Algeria

Despite everything, hope is reborn with President Bouteflika who promises, among other smoke and mirrors, to give more space to women. In 2005, a reform of the code somewhat loosened the grip. Upon marriage, the guardian is no more than a representative of the wife, polygamy is subject to more restrictions, freedom to travel without the consent of the husband is granted, transmission of nationality by the mother dust off the law that remains unequal and discriminatory in its essence. Nonetheless, the taboo was lifted, the code was not a sacred text, even though we know that government initiatives often target the opinions of its Western partners.

That same year, Algeria signed the International Convention on the Elimination of All Forms of Discrimination Against Women but with reservations in the name of “respect for national laws, traditions, religion or culture.” The disappointment is great but activists do not give up. In 2012, their determination to emerge from the shadows forced the government to concede a new law to “increase the chances of women having access to better representation in elected assemblies”. The candidates are taking advantage of this quota policy to invest the benches of the national popular assembly with a record rate of 31.6%.

While the legal arsenal is gradually evolving, the reality of Algerian women is far from improving.

While the legal arsenal is gradually evolving, the reality of Algerian women is far from improving. The burden of traditions and religion sometimes erodes the advances of the law. Women are candidates but in “unwinnable” places on the electoral lists, they are executives and civil servants (20% of workers and two thirds of graduates) but never leaders, they are free but their bodies do not belong to them. Virginity before marriage, “reputation”, and the “values” of a good Muslim woman are all chains that forbid them to share public space with men and to lead their lives freely.

The power of the patriarchy in Algeria manifests itself daily through street harassment, intra-family violence and femicides. It was not until 2015 that under pressure from women’s rights activists, the legislator criminalized domestic violence, street harassment in public places, theft between spouses and the theft of a woman’s property by her husband. Unfortunately, as often happens, the Algerian power takes back with one hand what it gives with the other. The “forgiveness clause” stipulates that legal proceedings are abandoned in the least serious cases if the wife “forgives” the abusive spouse and they are maintained but alleviated in serious cases.

Still, the phenomenon of femicide in all social categories is growing at the rate of one hundred to two hundred victims per year. The law and the police services do not protect women in danger due to a lack of training and resources, but more generally because they condone the violence of the spouse. The family home is under the authority of men who are the guarantors of its cohesion and its “honor”. This is the dominant mindset. Women are always reluctant to file a complaint against the father of their children or against a brother, or an uncle. It is considered as improper and she risks banishment. Without emergency accommodation structures and protection mechanisms, the victims sometimes try to resist until death.

Feminists and especially young activists are changing mentalities, shaking up prejudices and Omerta thanks to the social networks they have invested to give visibility to these crimes with the aim of raising awareness. They are also on the streets demanding full citizenship. Never before have women of all ages and all walks of life been that numerous as in the Hirak protests of 22 February, 2019. They voiced their own demands for freedom alongside men. It is the start of a new stage in the long march of Algerian women towards equality. This time, they are determined to shout as loud as possible until they are heard.