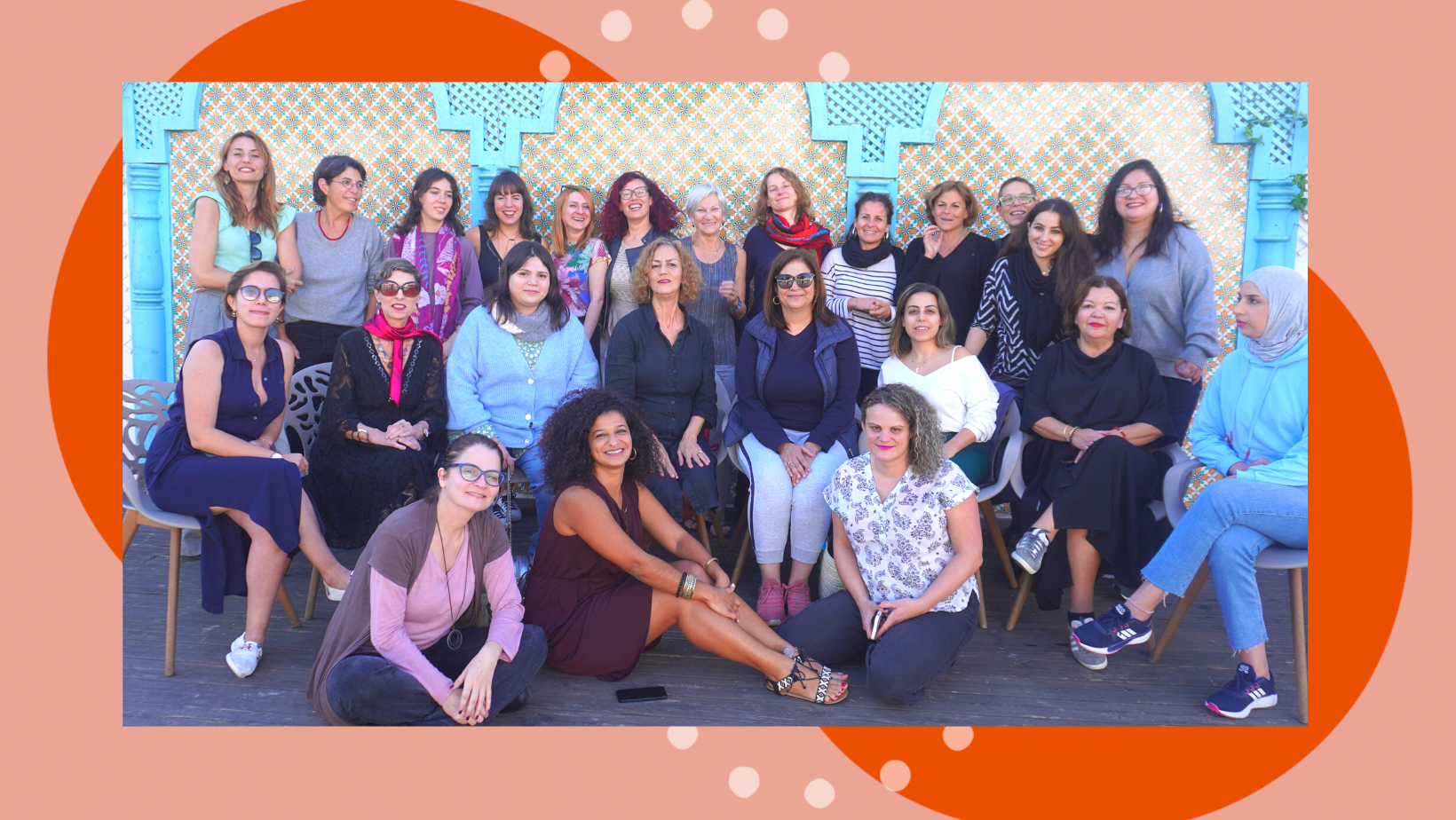 The story of MedFemiNiswiya: a feminist response from the Mediterranean

As feminists, we should never tire of repeating that all people have the right to bread, but also to roses. One must add that those with the privilege of enjoying both have a duty to share them. So go ahead, start reading "Medfeminiswiya". There, you will find knowledge, beauty and long-awaited promises of a better future.

“Solidarity between women can be a powerful force of change and can influence future development in ways favorable not only to women but also to men,” once said Nawal El Saadawi, and she was absolutely right. The current reactionary offensive we are all witnessing is advancing in large parts of the world, led by some formerly progressive parties now becoming increasingly conservative and timorous. Fortunately, those ‘Horsemen of the Apocalypse’ are also facing a powerful and organized resistance led by women's and feminist movements standing up for justice while endeavoring to stop the plans of the fundamentalists of neoliberalism and of the Catholic, Evangelical, Jewish and Islamic religions.

We must believe that women's and feminist movements do pose a considerable obstacle for the progression of far right alliances led by Erdogan, Le Pen, Meloni, El Sisi, Bolsonaro, Netanyahu, Trump, Abascal, among others, all of whom share a deep sense of misogyny, homophobia and racism. To achieve their goals, as various reports have show, including a few by the Rosa Luxemburg Foundation, they all agree on common headlines for their international agenda, cooperate and meet periodically to support each other, discuss strategies and share sources of funding.

To counter their growing influence, as Turkish journalist Ecce Temelkuran maintains in her book How to lose a country, it is urgent that democrats also organize themselves on a global scale to curb the far right’s aspiration to destroy our democratic regimes through elections. For this international alliance to exist and grow, the role of journalists is key, as free media know that democracy cannot prosper without a culture of respect for human rights and diversity, a reality that will not be fully understood and applied without ecofeminist and pacifist approaches.

In this grim context, a group of feminist journalists from several Mediterranean countries came together in 2018 to contribute to enabling a media environment that promotes democracy and human rights. A dozen of us were invited to that first four-day meeting of our soon-to-be-born network in Italy, supported by the Mediterranean Women's Fund. Coordinators had then invited us to jointly identify what was necessary to do considering how women’s rights were regressing in countries that have long shared strong historical, social, economic and cultural ties which we, somewhere along the way, had forgotten about.

Suddenly, it hit us that the Mediterranean Sea that united us was slowing turning into a mass grave that separated us due to increasingly violent border policies enforced by the European Union, member states and encouraged by wars waged by the most powerful governments against vulnerable populations and migrants.

For days we reflected and debated to conclude that we all simply needed each other, that we needed to get to know one another and to start building more solid bridges and partnerships. We therefore decided to create a network of feminist women journalists supported by an online media platform, Medfeminiswiya.net, and we did it. MedFemiNiswiya, our new magazine, then became a platform where we:

Four years have passed since that meeting in Italy. For years, we tried hard to continue what we had started in "Altradimora". We met again in Rabat, in 2019, but then the Covid pandemic emerged and slowed us all down. However, we still managed to build our platform and publish, by November 2022, around 500 pieces of content (including translations).

This has been made possible by the unconditional support of the Mediterranean Women's Fund and the monumental work of our editorial team. As a member of the Board since the foundation of MedFemiNiswiya, I cannot feel more grateful and proud of my colleagues.

In November 2022, we managed to meet again for almost a week, after three years of frustration and online meetings. We spent beautiful days together in Tunis, working, debating and thinking collectively. On occasions, during our intense meetings, I would look around and observe. What I could see was more than thirty intelligent, progressive, open, educated, veteran and young women coming from different backgrounds but all very sensitive, careful with each other and fully aware of the privilege offered by the opportunity to stop and reflect together about the direction our project is going to take.

Medfeminiswiya.net is a profoundly revolutionary project for it works from the conviction that we can and must contribute with our ethical and sensitive journalism to a present and a future of equality

Watching my colleagues as they worked tirelessly for the common good trying to come up with new approaches and stories and learn from and support each other, it was impossible for me not to realize that what we were doing was actually revolutionary: We are cooperating to stop the dominance of reactionary work by coming together to organize and actively contribute to the advancement of the rights and freedoms of women, and of all people, as feminism defends.

The extreme right movements, nationalist populists and religious fundamentalists all invest multi-million-dollar resources and operate huge media companies and campaigns to convince us that we live in the worst of possible times and that there is nothing we can do against their power; and they do this for no other reason but to drown us in impotence and push us to embrace defeatism. Well, defeatism is a privilege that those who risk their lives daily to survive cannot afford.

We, on the contrary, know well that democracy is not possible without hope, without believing that the future can in fact be better and that we can contribute to building fairer societies. For this reason, Medfeminiswiya.net is a profoundly revolutionary project, for it works from the conviction that we can and must contribute with our ethical and sensitive journalism to a present and a future of equality, justice, opportunities and joy. And we are definitely not the only ones in the field. Many like us are working, creating and growing, reassuring us that we are not alone in this journey.

Alliances will be needed, between us as independent platforms, and with others coming from various fields, such as universities, research institutions, advocacy groups and think tanks. The challenges are many and operate simultaneously. Only through recognizing diversity and training our muscles of cooperation and generosity will we able to overcome them.

I wrote all of the above because I had the need to share my deep admiration and excitement for this project and to invite you all to follow Medfeminiswiya.net and read our stories which we hope will connect you again with one of the two most important pillars of our feminism(s): solidarity and action.

As feminists, we should never tire of repeating that all people have the right to bread, but also to roses. One must add that those with the privilege of enjoying both have the duty to share them. So go ahead and start reading Medfeminiswiya.net. There, you will find knowledge, beauty and long-awaited promises of a better future.

Patricia is a multimedia reporter, writer, academic researcher and professor of investigative journalism at the Open University of Catalonia. Patricia specializes in gender and human rights approaches, and her reporting has covered over 25 countries throughout her professional life. In 2020, she documented the protests in Iraq, the consequences of the COVID-19 pandemic, the fire in the Lesbos refugee camp, as well as the US presidential elections.  Patricia has published books and contributed to others related to women migrants, gender-based violence, journalism and feminism. In 2013, she received the “Association of Women of the Media” Award (AMECO).