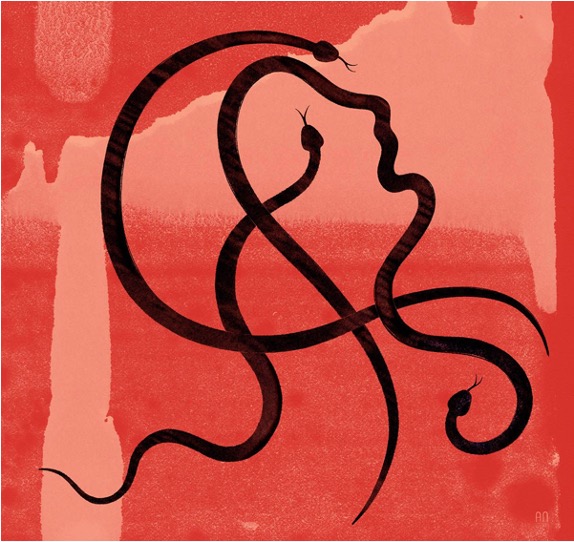 Sexual violence in times of war is an “ancient and habitual evil”, wrote Saint Augustine after the sack of Rome in 410 AD. Numerous studies confirm that abuses and kidnappings were already widespread among Neolithic tribes. Over the centuries, the atrocities committed by the armies have maintained the same ferocity. Today, their dissemination still reveals an identical brutality.

“Man’s discovery that his genitalia could serve as a weapon to generate fear must rank as one of the most important discoveries of prehistoric times, along with the use of fire and the first crude stone axe,” wrote Susan Brownmiller[1] in 1976. In the same years, the Lithuanian archaeologist Marija Gimbutas documented the brutal incursions of the Kurgan[2], the semi-nomadic proto-Indo-European warriors from the Caucasian steppes, against the populations of Ancient Europe and Anatolia.

Gimbutas defines the pre-existing gilania[3] socio-cultural systems because they guaranteed women and men equal rights and freedom. Moreover, sophisticated arts and architecture were already flourishing in the fifth millennium BC. This is witnessed by over two thousand findings, artefacts, temples and buildings found in present-day Bulgaria, Romania, Moldova, Ukraine, Greece, Italy, Malta and in the territories of central and western Europe. These civilizations, explains Gimbutas, were peaceful and sedentary, egalitarian “matrilineal and matrifocal” and worshiped the Great Goddess, a symbol of life and fertility.

With domesticated horses and weapons, between 4300 and 2800 BC, the Kurgan forcefully imposed the patriarchal, hierarchical, and patrilineal system still in force today.

The sky was populated by powerful and warlike male divinities and the Great Goddess was fragmented into "minor" female figures subjected to them.

From the genome analysis of about 270 skeletons found in the Iberian Peninsula dating back to 2500-2000 BC, the geneticist David Reich found that the local chromosome type Y, biologically transmitted from father to son, was supplanted by a completely different one, showing that all men were exterminated, and women were subject to mass rapes.

Historian Gerda Lerner believes that the practice of raping subjugated populations has been an intrinsic feature of war ever since because it is deeply embedded in the patriarchal structure and inseparable from it.

According to Dara Kay Cohen, collective rapes by military and paramilitaries are often aimed at strengthening the sense of cohesion among fighters, especially if they are forcibly recruited.

Sexual violence is also used as a weapon to conquer territories and force locals to succumb or emigrate, thus destroying social and emotional ties.

Epos, mythology and literature have often justified and, at times, “normalized” its systematic use: in the Iliad, Trojan women are exhibited as war trophies on the chariots of the victors and the founding of ancient cities, including Rome, is often linked to abuses and kidnappings[4].

In the late ancient period, Huns and Vikings raided and raped the inhabitants of eastern and northern Europe and in the Middle Ages, rape was considered a well-deserved reward for the armies at the front.

Historians claim that Soviet and US soldiers sexually abused many Germans at the end of World War II: According to estimates, Moscow’s troops raped over 100,000 Berliners shouting “8 to 80” to identify potential victims. In Italy, in the rural areas of Campania and in the south of Lazio, the same fate befell more than 12,000 people between 11 and 86 years old, mostly women. The abuses were mainly committed by the Moroccan troops of the French Expeditionary Corps (FEC), the Goumiers, hence the term "Marocchinate" still used today to commemorate these dramatic events.

Although rape in wartime was formally prohibited as early as the 14th century, military codes included the first provisions for the protection of civilians in the late 19th century, and only in 1949 did the Fourth Geneva Convention explicitly prohibit wartime rape and forced prostitution.

When, in 1993, the International Criminal Tribunal for the former Yugoslavia discovered that Muslim women in Bosnia and Herzegovina had been locked up in “rape camps” and repeatedly raped by Serbs, crime against humanity was mentioned for the first time. The victims were isolated until the advanced stage of pregnancy to guarantee the birth of Serbian children because in patriarchal cultures, ethnicity is handed down through the patrilineal route. The Tresnjevka Women's Group estimated that more than 35,000 female prisoners would have passed through these places of horror.

The systematic use of sexual violence in ethnic cleansing processes was also revealed in Cambodia, Uganda, Sierra Leone and the Sudanese region of Darfur. According to the UN, in Rwanda it was “the rule, and its absence the exception” being an integral part of the Tutsi genocide project.

In 1998, the Explanatory Memorandum of the Rome Statute, which defines the jurisdiction of the International Criminal Court, recognized sexual violence and slavery, forced prostitution, forced pregnancy and sterilization as crimes against humanity if systematic or part in a widespread policy. Ten years later, the UN Security Council adopted Resolution1820 stipulating that "rape and other forms of sexual violence can constitute a war crime, a crime against humanity or a constitutive act with respect to genocide." In 2013, Resolution 2122 was unanimously approved, establishing the right to abortion for women raped in wartimes.

Despite regulatory advances and continuous complaints from humanitarian organizations in the field, the phenomenon is still dramatically widespread with devastating health, psychological, cultural and social consequences.

In conflict areas, the death rate from childbirth is very high and termination of pregnancy is often impractical due to a lack of facilities and personnel. Where present, the health facilities are destroyed or rendered unusable by the bombing, and this prevents the victims from accessing even basic care. Among the most frequent pathologies there are physical and gynecological injuries, sexually transmitted diseases, depression, anxiety disorders, posttraumatic stress syndrome, chronic insomnia, nightmares, and paranoia.

Furthermore, in patriarchal societies, which link female sexuality to the honor of the males of the clan, the community blames and isolates those who have been abused, triggering a dangerous, and often irreversible, process of "re-victimization".

[2] Russian term that means “burial mound”, indicating the circular burial that offered a funeral home to the most important leaders of the clan.

[3] The term “gilanico” was coined by Riana Eisler in the book “The Chalice and The Blade”, published in 1987. It derives from the fusion of gy-, gynē, woman, and an-, anēr, man, and an “l” in the middle to indicate the balanced link between the sexes.

[4] The legend of the “Rape of the Sabines” tells that having established the settlement on the Palatine with his fellow citizens, mostly males, Romulus went in search of wives with whom to procreate. He tried to negotiate with the neighbouring tribes, including that of the Sabines, without success.  He therefore decided to institute solemn games in honour of the god Consus by inviting all the neighbouring populations. At a predetermined signal, the Romans kidnapped the women with weapons, unleashing a war that lasted several years.