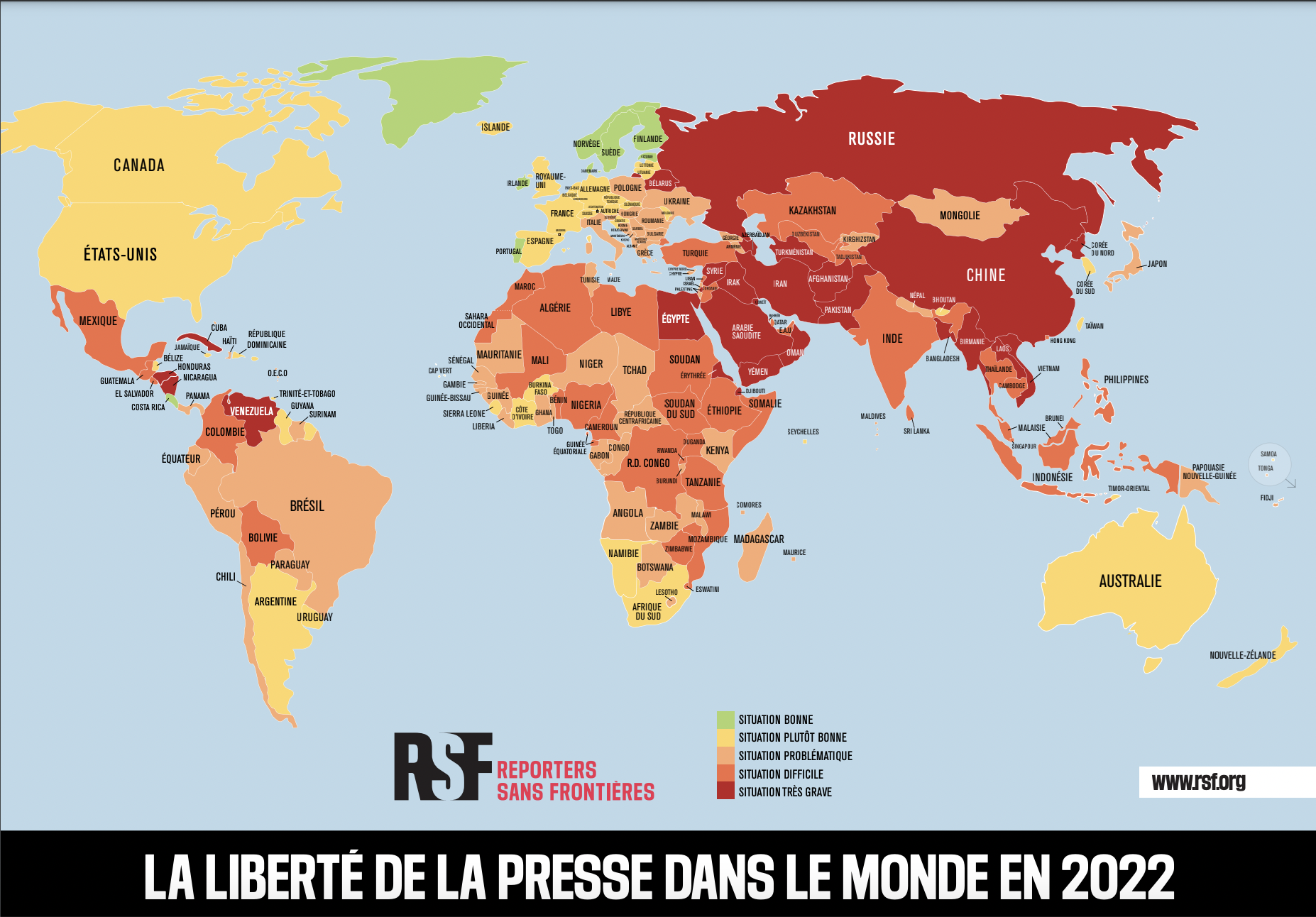 Women journalists who came to cover a rally organized by the Islamist movement Ennahdha were faced with sexual insults and misconduct. A strategy of intimidation aimed at dissuading them from returning to the ground and exercising their profession.

On Saturday 27 February 2021, a march and then a large rally were organized by the Islamist movement Ennahdha in downtown Tunis. Also president of the Parliament, Rached Ghannouchi, president of this movement, by organizing this event, sought to react against all the attacks addressed to his party which were expressed during protests led by young people coming from disadvantaged neighborhoods since the beginning of the year 2021.

Ten years after the revolution, none of the socio-economic demands brandished at that time have been achieved. Exacerbated by the catastrophic and rather partisan management of the country by the Party of Rached Ghannouchi which weighed upon the cogs of the State for ten years, great anger was expressed. Thus, a distraught youth suffering from unemployment, marginalization and revolutionary disenchantment, has deployed its anti-Ennahdha slogans several evenings in a row without the heavy-handed interventions of the police being able to control the uprising.

Solitude and distress of women reporters

During the rally organized in the midst of a health crisis, which recorded the influx of thousands of Ennahdha members and sympathizers, serious incidents occurred: fifteen female journalists were attacked, including at least five sexually. Probably the first of their kind in Tunisia, these incidents took place in the presence of police officers and Islamist party officials, who did not intervene to put an end to these abuses. Even worse, it was the Ennahdha militias, sometimes disguised as security services, who pointed a filthy weapon at the female journalists who came to cover the event. Victims of sexual insults and repeated sexual misconduct, when the leader of the party addressed the crowds in front of the Ministry of Tourism in downtown Tunis, they experienced a moment of great distress and infinite solitude.

Of course, the party issued a press release to state that these were “scattered and individual misconducts.” Very wrong. The attack was widely reported: photographers, TV reporters, private radio stations and sites were subject to it. Some even had the courage to testify to what they experienced on this afternoon of 27 February 2021 with their faces uncovered on social networks.

Everything suggests that the order to exercise this violence was therefore planned most likely to dissuade female journalists from returning to the ground and exercising their profession according to one of its fundamentals: reporting. Certainly, and above all, to take control of their freedom of expression achieved thanks to the revolution. Because women's bodies have always been a battleground. A field of honor. Tarnishing it has repercussions, especially in Arab and Muslim societies, not only on the individual but also on their entire family, tribe, or community. On the other hand, here the challenge of the dream conquest is high: that of (re)enslaving the media.

The access of female journalists to management positions in the Tunisian media, whether public or private, remains at less than 11%

“Iîlam Al âr” (Media of shame), two words thrown at journalists of both genders on this Black Saturday (the men were also attacked by security agents of Ennahdha). “Iîlam al âr”, a recurring insult to the media over the past ten years, which the Islamist militias, embodied by the famous Leagues for the Protection of the Revolution, had already used against public television journalists in 2012 at the time of their sit-in. A sit-in that was held in front of the national TV headquarters on 2 March and lasted until 25 April 2012. Two months of insulting campaigns hurled at the heads of TV news reporters, especially at female TV professionals, accused of being at the heels of the former Ben Ali regime and of wanting to “sabotage the work of the Troika-led government through their negative and biased images.” Two months of intimidation and attempted intrusion into the newsrooms at the end of which the sit-inners called for the sale of the “shame TV”.

“Iîlam al âr", two words that say a lot about the frustrations of a party with no sounding boards built in the image of its glory. Despite the “media of honor”, two television channels that Ennahdha has illegally set up to serve itself by looking in its own mirror, the party is unable to counterbalance an image that has been even more tarnished over the years, especially due to the disastrous management of the State and its various institutions.

Impunity of the aggressors

This Shame Saturday revealed a deep desire to gag a profession by inhibiting and attacking its entire half. On the evening of Saturday 27 February 2021, the National Union of Tunisian Journalists- Syndicat national des journalistes tunisiens (SNJT)- announced its decision to prosecute members of the organizing committee of the Ennahdha march. The Union based its complaint on article 14 of decree-law 115 relating to the freedom of the press published in November 2011 and which stipulates that anyone who: “offends, insults a journalist or attacks him, by words, gestures, acts or threats, in the exercise of his functions, will be punished with the penalty of contempt of a public official or the like.”

“Nevertheless, the will to protect journalists expressed by law remains rather theoretical: the fact that no concrete measure accompanies the application of article 14 voids it of any effectiveness. During the incidents of 27 February 2021, the work of journalists was deliberately hampered and impeded by protest organizers. Although in total violation of article 14 of the decree-law, none of the attackers has yet been prosecuted,” declares Reporters Without Borders in a recent report on Tunisia.

The International Federation of Journalists (IFJ) denounced the deafening silence of the leaders of the Islamist party.

Despite the predominance of women in the sector, especially on the ground, the access of female journalists to management positions in the Tunisian media, whether public or private, remains at less than 11%.

Translation from English to French by Elizabeth Grech