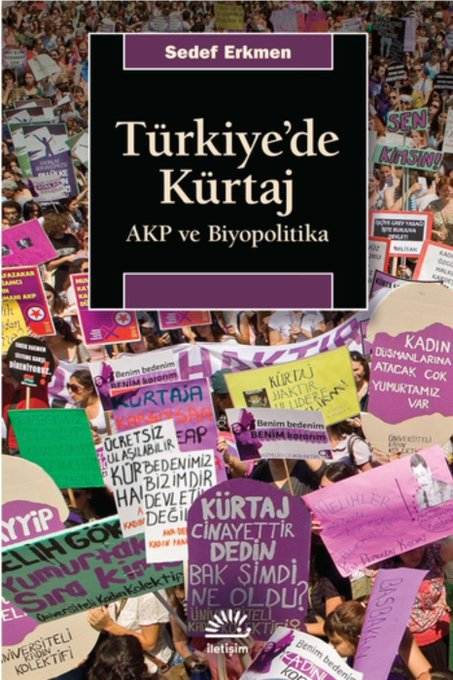 Although abortion is legal in Turkey since 1983, access to it is not always guaranteed; a fact not unrelated to the condemnatory remarks by political leaders whose words may sometimes be more effective than laws.

In May 2017, 17-year-old R.G. in Mersin, Turkey, was discovered being 10 weeks pregnant after months of sexual abuse and rape by 5 men. Her request to terminate the pregnancy was met with weeks of hindrance from courts refusing her access to abortion and resulting in her giving birth. Her ordeal was recently recognized by the Constitutional Court, which in September 2020 ruled that her rights were violated and awarded her 100.000 TL in compensation.

In R.G.’s case what seems to have come as more of a surprise was the Constitutional Court’s decision, in a political climate rendering access to abortion more and more difficult.

Although abortion is legal in Turkey since 1983, de facto access to it is not always guaranteed, partly due to condemnatory statements by political leaders whose words may sometimes be more effective in shaping the practice than the laws.

The 1983 law on Population Planning permits terminating pregnancies voluntarily until the 10th week. After 10 weeks, abortion is permitted if the pregnancy constitutes a risk to mother’s life, or there’s a risk for “the child and the future generations to be severely disabled”.

Pregnancies that result from a crime, like R.G.’s case, are subject to the Turkish Penal Code, which permits abortions in these cases up to the 20th week.

Public hospitals refuse to do abortions

However, the fact that the laws allow abortion does not necessarily mean that women have access to it. When activists from a women’s shelter (Purple Roof) called public hospitals in Istanbul in 2015 to ask if they carry out abortions, less than a tenth responded positively.

A few years later, Kadir Has University in Istanbul conducted a wider research, contacting 295 public hospitals around Turkey. The researchers found that only 10 hospitals out of 295 offer abortion services to the full extent provided for in the current law.

When asked for the reasons for not offering abortion services most of the hospitals responded by saying that “abortion is illegal or forbidden”, “it is forbidden in public hospitals” or that “it’s the doctor’s choice”.

The report on the findings of this research, Legal But Not Necessarily Available: Abortion Services at Public Hospitals in Turkey – 2020, mentions other responses as well:

“Of the 295 hospitals that were contacted, twice our researcher was asked “are you married͟?”, 5 times “where are you calling from?”, once “how old are you?”, 6 times “how many weeks?”, once “why do you want to have abortion?”, 3 times “are you pregnant?”, and finally one person asked “don’t you want to have a baby?”

Among these statements from government officials, first in line is “Abortion is murder”, by Recep Tayyip Erdoğan. In a speech in 2012, the then prime minister Erdoğan said, “I see abortion as murder. Nobody should have the right to allow it. There’s no difference between killing a child in its mother’s womb and killing a child after it’s born.”

Other government officials followed in their leader’s footsteps, as happens quite frequently, with similar anti-abortion rhetoric.

Just a few days after Erdoğan’s speech, his Health Minister Recep Akdağ declared that women should give birth even in rape related pregnancies, saying “in such a case the state shall take care of the child.”

These statements were soon followed by a draft law reducing legal time limit for abortions and introducing a right to “conscientious objection” for doctors, among other restrictions. Amid protests by women’s rights groups and medical associations the bill was ultimately withdrawn. But what followed in recent years shows that the damage was already done even without an anti-abortion law in force.

“People think it is illegal”

Sedef Erkmen, in her book Abortion in Turkey – AKP and Biopolitics says “The 2012 statement that ’Abortion is murder’ was the beginning of a new era, the construction of the road to a de facto abortion ban”.

In an interview with Medfeminiswiya, Erkmen says “After the debates on abortion there has been such a change in perception on the matter that many people, including some hospitals, think abortion is illegal now.”

What Deniz Altuntaş, one of the authors of the 2020 report by Kadir Has University, told Medfeminiswiya about their findings is in line with this assertion: “[Among the hospitals contacted for the research] the answer we’ve heard most frequently was “abortion is forbidden/illegal.”

Altuntaş also mentions another significant finding in the report. While 12% of public hospitals did not provide voluntary abortion services in 2016, this rate rose to 54% in 2020.

In a 2013 speech, Erdoğan asked women to “donate three children to the nation” and in recent years he added “if possible, even more than three!”

As per law, abortion in public hospitals is paid by the state health insurance, while private clinics may charge thousands of Turkish Lira, a price hard to pay by women with low or no income. So it’s mostly the women from lower socio-economic classes, already facing difficulties in access to birth control methods, to bear the brunt of the obstacles in access to free and safe abortion.

According to 2018 Turkey Demographic and Health Survey by Hacettepe University, 6% of pregnant women terminated their pregnancy voluntarily in 2018, indicating an almost threefold decrease from 20 years ago.

Although it may not be possible to pinpoint the exact reasons for the decline, political leaders’ pronatalist calls in recent years cannot be ignored.

“The state, both with rhetoric and practices that make access to abortion difficult, has de facto banned the right to free and safe abortion in public hospitals. However, this ban doesn’t apply to private hospitals”

“Donate 3 children to the nation”

Starting from 2008, Erdoğan repeatedly advised married couples to have at least 3 children, as “the more our population increases, the stronger we will be”. In a 2013 speech he asked women to “donate three children to the nation” and in recent years he added “if possible, even more than three.”

Erdoğan, himself a father to four children, argues this is needed to avoid an aging population. “We have to do it, because we need to keep this dynamic, young population structure intact. Population is power, especially for countries like ours,” he said.

Throughout the years he further argued that birth control is “treason”, “an attempt to dry up our bloodline” and that no Muslim family should consider family planning.

So are the anti-abortionist, pronatalist policies a result of demographic concerns and population management efforts? Is there a connection between Erdoğan’s stance against abortion and insistence on every woman having at least three children?

“Yes, of course there is such a connection”, says Sedef Erkmen, but there’s more to it.

“As a matter of fact, when the ‘3 children’ discourse started in 2008, it was mostly based on motives regarding workforce balance, development and nationalist sentiments. When the controversy about abortion started in 2012, it was both tied to these population policies and intended as a reference to an Islamic conservative form of society.

Abortion started to be an issue of interest for political powers with the discovery that population is an entity that can be managed and influenced. So, anti-abortion rhetoric and demographical factors are not independent of each other. But in Turkey, the abortion issue is not used only for this reason, but also for the establishment of a sexist patriarchal regime. It is part of a policy with many motives, such as defining an acceptable form of womanhood and interfering with lifestyles.”