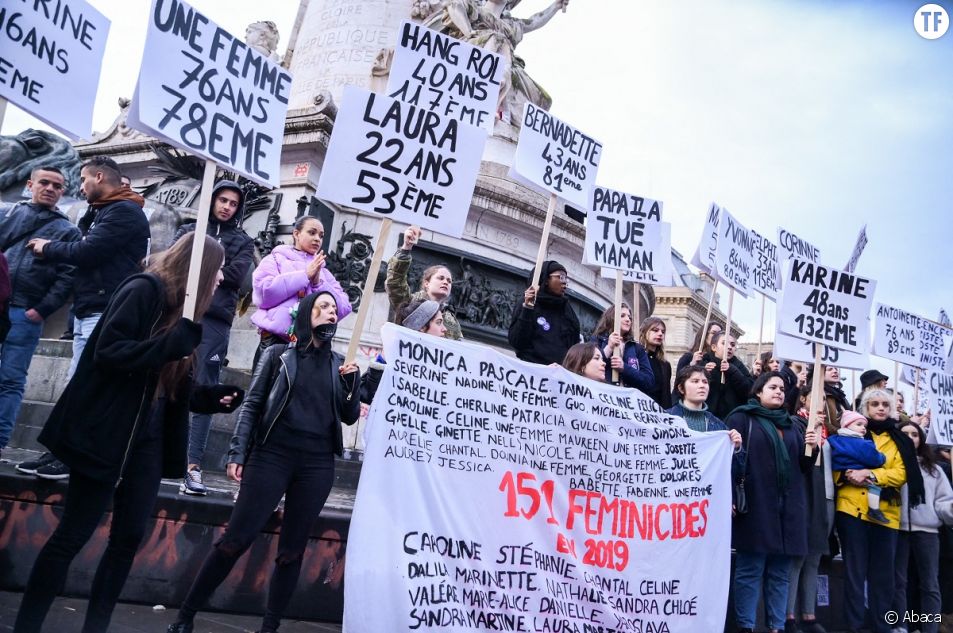 Feminism in France: a brief overview

In France today, feminist actions are beginning to bear fruit with public opinion. Feminism is no longer a taboo as most citizens are aware that social relations between the sexes are unequal and unfair towards women... and that this is no fake news.

The revolutionaries of 1789 did not pay any attention to women. And so, Olympe de Gouges wrote in 1791 “the Declaration of the Rights of Women and of the Female Citizen.” Nevertheless in 1793, she was beheaded: not for this declaration that was retracted by the revolutionaries, but for having posted a plea in favor of federalism, against Jacobin centralism on the walls of Paris. This took place during the Terror dark time during which the hopes of women for a better world were once again postponed, and belittled.
France, “the sweet country of my childhood”, ardent defender of democracy for over two centuries, is the one that was very late to give women the right to vote, in 1945, at the end of the Second World War.

The feminist movement in France

In the mid-twentieth century, if iconic feminists such as the philosopher Simone de Beauvoir, the lawyer Gisèle Halimi, the actress Delphine Seyrig, the singer Brigitte Fontaine and many brilliant activists of the 1960s claimed loud and clear the right to contraception (1967) and to abortion thanks to the “Manifesto of 343” (Law on abortion of 1975), the fight against stereotype continues on and on. Full equality between women and men regularly comes up against the “glass ceiling” that keeps women under patriarchal domination, at all levels of society. In addition, equality is only partially enshrined in Article 1 of the French Constitution, while the notion of the “head of family” was removed from the Civil Code only in 1970.

Feminisation is at work in the French language as well as in the struggle against sexist prejudices.

Feminisation is at work in the French language as well as in the struggle against sexist prejudices.
Recent and solid studies, carried out by academics, including several remarkable women – anthropologists like Germaine Tillion, Françoise Héritier, historians like Arlette Farge, Michelle Perrot, Françoise Thébot, there would be many more to quote – allowed to bridge the abysmal ignorance gap related to the condition of women. This has enabled to bring to light, a long completely neglected large-scale social phenomenon in the private sphere: domestic violence. Today, the macabre figures of women’s deaths under the blows of their companion reverberate regularly. Young feminists are taking to the streets as a means of media action, with slogans that resonate like punches in the face of the attackers.

For the past ten years, the imposition of parity has started to shift the lines, especially in politics. In the last municipal elections of June 2020, this was reflected by the election of women at the head of large cities. The two national assemblies are not at par, but there has been considerable progress in this area, as it must be said that France was particularly lagging behind.

As for journalists, one only needs to observe the “bear” in daily newspapers or leading magazines to be convinced: these organisational charts reflect the secondary place of women at their helm. Ditto for televisions, public or private. Count the images representing men and then women in a newspaper, or the signatures of articles: the differences are quite obvious. Men are entrusted with subjects considered noble such as politics, economics and science while women write for the so-called feminine sections: beauty, health, fashion. Despite injunctions in certain large press companies, progress can be measured in very small steps. The image of women in the media reflects this strong trend, but it continues to be denounced and questioned today.

Men are entrusted with subjects considered noble such as politics, economics and science while women write for the so-called feminine sections: beauty, health, fashion.

In the public sphere, helped by activists, researchers have been able to point out the
huge wage gaps between women and men (almost 30% 10 years ago; less than 20% in 2019, which remains quite significant) or, another considerable example, the number of women on the boards of directors of large companies (less than 10%).

These studies have been supported, encouraged and disseminated by a larger number of better trained feminists, increasingly supported by universities to promote the study of gender. In France, the dynamic of intersectionality is generating a feminist movement in full swing with the emergence of groups, collectives, bloggers who are building bridges between feminist struggles, pro-LGBTI and anti-racist struggles.

We can clearly see the ground swells on which many young feminists surf: themes that address sexuality, from reproductive health to transsexuality through prostitution, traverse (and sometimes divide) the movement. However, when sexual rights are attacked, or threatened by religious and conservative lobbies, feminists come together, united, windward. The rise of conservatism puts on centre stage of the media, retrograde ideas on  femininity, eternal ally of “happy motherhood”, and of the defence of “life at all costs”, supported by the anti-abortion movement, advocating a narrow and homophobic conception of sexuality.

As in all of Europe and beyond, in France this conservatism has relays in religious lobbies – from Catholicism to Islam – in certain New Age sects, and in the extreme right political parties. If we listened to these reactionaries, “women just have to behave…”. In French, this expression is very meaningful because it evokes both the conformism to which women should submit and the threat that hangs over them when they want to escape the rule. As if there was no other choice, between consumerism, turning women into sex objects, and conservatism, locking women into domestic and reproductive chores, subjecting them to the law of God and his representatives, men, of course.

As if there was no other choice, between consumerism, turning women into sex objects, and conservatism, locking women into domestic and reproductive chores, subjecting them to the law of God and his representatives, men, of course.

Faced with these dangers, the emergence of a new generation of feminists, supported by the history of the 1970s, has been waging a long struggle against violence against women for over twenty years, in public space as well as in domestic space. As previously mentioned, this struggle is finally in the media. Nevertheless, the grants allocated to feminist associations and federations are not increasing. The government of Emmanuel Macron even tried to privatize 3919, an essential element providing a 24-hour listening support at the national level. This toll-free number was set up by Solidarité Femmes, a federation bringing together nearly a hundred accommodation centres. If 3919 is privatised, it will be given to the highest bidder… for the cheapest.

Feminists vigorously denounce this attempt to take over a crucial service and continue their actions by providing background information on the definition of domestic violence and its mechanisms. In collaboration with the Union sociale pour l’habitat (Social Union for Housing), Fédération Nationale Solidarités Femmes (National Federation of Female Solidarity) has just published a legislative guide including best practices on Hlm (Habitations à loyer modéré – Low-rent housing) organisations and housing for female victims of domestic violence. This guide complements a long partnership work carried out for several years with various social landlords.

In France, feminist mobilisation is indeed at the rendez-vous of the 21st century, and the new wave of eco-feminism can only enhance it. Always concerned about the well-being of their loved ones, women find themselves at the forefront: on the frontline as caregivers in the context of the coronavirus pandemic, they are also present in social projects based on the solidarity economy, ecology and the fight against global warming.

FrancesKa is a French independent journalist who has expansive experience working in print media, traveling, for decades now, between pages layout, reporting, freelancing, management and the production of news from the smallest of stories to the biggest of investigations. She has participated in the creation of both passing and memorable headlines and editorials in national and regional newspapers. Franceska has authored several books on the development of cultural actions. As a passionate journalist who keeps falling over and over again for this profession, Franceska decided to dedicate time to teach the basics of journalism and train the younger generation on how to become great journalists.  She firmly believes that when artists and women step in and take action, the world becomes a better place.