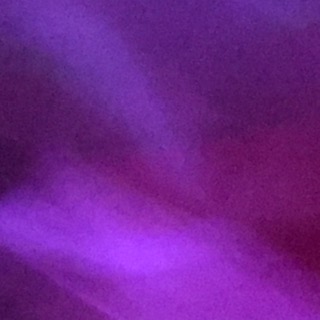 March 8 in a picture: Fuchsia, or the color of Women’s Day in Italy

Fuchsia is the color chosen by the “Non Una Di Meno” (Not one less) movement in Italy. It is a garish, bright and strong color that exasperates and incorporates the stereotypical pink, which, for centuries, has built the feminine identification imposed on girls.

“Non una di meno” (Not one less) opens up to the inclusion of non-conforming gender identities and sexual orientations, in a more fluid way transiting between the masculine and the feminine, which also share with women the oppression of the dominant patriarchal culture.

Many things have changed since a huge demonstration was held on 25 November 2018 in the streets of Rome. Women chanted “Non una di meno”, or "Not one less/We want to be alive", placing under the limelight, their exasperation in the face of the increasing number of feminicides. Always in shades of fuchsia.

Fuchsia, like the “pañuelos” (scarves) worn around the neck, the wrist and in the hair of those who demonstrated on 25 November 2018 reclaiming the symbol chosen by the “Ni Una Menos” movement in the fight for the legalization of abortion in Argentina over the summer of 2018, and whose color was bright green. The right to safely and painlessly terminate an unwanted pregnancy is also one of the claims of the Italian “Non Una Di Meno” movement, in the face of increasing restrictions in the application of Law 194 (the law regulating abortion in Italy). Current restrictions result from the massive conscientious objection of gynecologists, anesthesiologists and pharmacists, but also from the growing influence of so-called “pro-life movements” in right-wing ruled regions. Since then, regardless of the issue for which “Non Una Di Meno” decides to take to the streets, there has been no shortage of fuchsia pañuelos.

In the mapping project of “women’s places”, the “fuchsia zones” are present and alive in the folds of the city and the reconfiguration of urban spaces - through performances, flash mobs, chanting, dancing, and other street art interventions. The objective is to reclaim these spaces so that women and all non-conforming individuals can move across them and reside there freely. This political practice was created to challenge the rhetoric that a woman experiencing harassment and violence in the street “deserved what happened to her” simply because she didn’t have to go home so late. Because, as the activists of the collective “Le cagne sciolte” (sluts on the loose) in Rome wrote on the walls, “the safe streets are made by the women who live there.”

More recently, “fuchsia sanctions” have emerged: exposure and condemnation through social media, protests, sit-ins, flash mobs, press releases, etc., of actions by institutions that perpetuate violence, discrimination and oppression not only against women, but also against LGBTQIA+ persons, people from other countries, animals and other living species.

When the student asked the school principal what she would have told a man dressed in a way that didn’t comply with school rules, the teacher replied, “We're not on the beach”

The “fuchsia sanctions” idea was first imposed on the government of Andorra, in solidarity with the women's movement of this microstate, for its obstinacy in not legalizing the termination of pregnancy. A few weeks ago, it was the turn of the Liceo Righi in Rome, where it was the students themselves - of all genders and sexual orientations - who resorted to the use of this political practice invented by “Non Una Di Meno” by unfurling a fuchsia banner on the entrance stairs and wearing shorts, miniskirts (even boys wore them), tops and flip-flops, to criticize the use of gender stereotyping and bias by one of their teachers.

The teacher in question had taken the liberty to reprimand a student who wore a top revealing her navel, telling her: “We are not on the Salaria!” The Via Salaria is the main road (originally built by the Romans to connect Rome to the port of Ancona on the Adriatic Sea). Today, this axis is one of the main places of street prostitution in Rome. An embarrassingly heavy remark, in the name of the dress code adopted by Righi’s high school that the young girl had broken.

As if that weren't enough, when the student asked the school principal what she would have told a man dressed in a way that didn’t comply with school rules, the teacher replied, “We're not on the beach.” In other words, men are assimilated to bathers and women to prostitutes, hence the position taken by high school and university students who have sanctioned - in fuchsia - sexism. The fact that young people consider this as intolerable is a positive sign.

For March 8 this year, the “Non Una Di Meno” movement invited people once again to join what it called the “fuchsia strike”, a voluntary abstention not only from paid work, but also from all these practices, starting with the domestic, invisible and unpaid work, through to consumption.

The practice of the March 8 strike promoted by “Non Una Di Meno” strengthens the feminist lines of thought that have animated and still animate the debate in recent months, marked by strong criticism of the capitalist economic and social model that the pandemic, in fact, doesn’t seem to have shaken.

For now, the strike is being met with strong resistance, especially from the confederal unions - CGIL, CISL and UIL that represent most Italian workers. However, without union coverage, for the strikers, the massive abstention from work means exposing themselves to easily applicable disciplinary measures. Nonetheless, they are not bending.

Finally, if March 8 had to be a color, then fuchsia must it be!