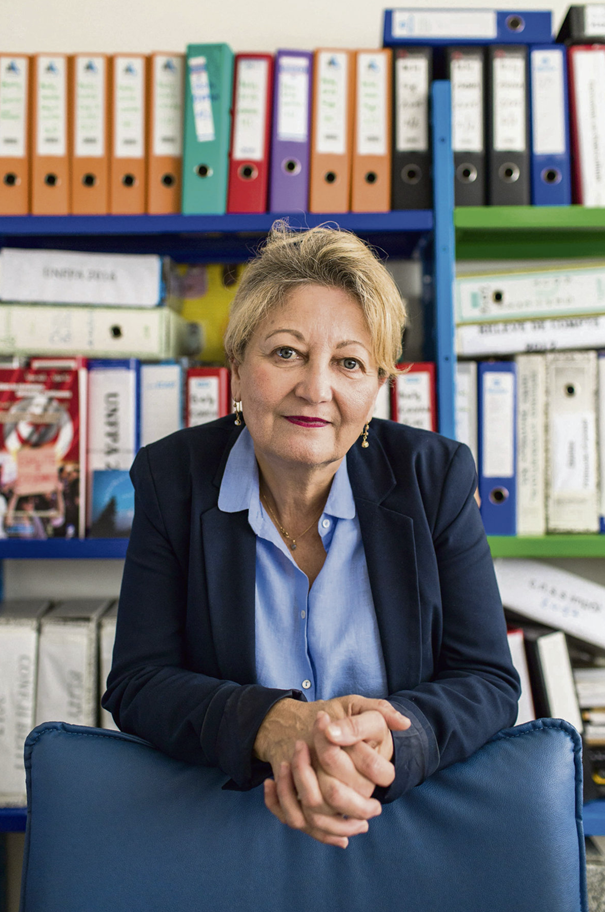 Sana Ben Achour: “The State has shirked its promises to eradicate gender-based violence”

In this short interview, Sana Ben Achour, President of the Beity Association, answers one simple question: is the Tunisian government doing enough to protect women?

Olfa Belhassine: Do you believe that the Tunisian state is doing enough to protect all women from the violence and emergencies they are faced with?

Sana Ben Achour: “My judgment on the matter will appear harsh and unfair to you vis-à-vis a state that has done more than its peers in the region, and which is perceived as a successful model of feminism. I believe that today, the state has shirked its promises to eradicate gender-based violence – if it has not totally turned its back on it. To this day, the law against violence against women still awaits its implementing regulation texts on multi-sectorial care at the levels of: legal information, legal aid, care, accommodation and reparation fund.

To this day, the law against violence against women still awaits its implementing regulation texts on multi-sectorial care at the levels of: legal information, legal aid, care, accommodation and reparation fund.

A government decree, number 2020-582 on listening and support centers, was adopted in August 2020. However, the degree organizes the withdrawal of the state which got rid of the demands of several associations by getting their hopes up with the “priority right to public funding” whose consistency nobody understands.

Protection orders are not easy to obtain in the courts in charge. The emergency procedure is not respected. Prohibited by law that considers domestic violence a public action, withdrawal is still allowed. Evidence that cannot be gathered is always required under the guise of neutrality of the law. Secondary victimization of women is practiced in the event of a complaint, and even during the hearing. Mitigating circumstances are still granted to the abuser.

No budget has been allocated to combat violence against women. Outside the capital city, the situation is even more unbearable. The coordination bodies against violence against women are not all set up. They lack the means to do their jobs and do not yet have treatment protocols. Without the intervention of civil society groups and a few examples of good collaborative practices, such as that of the “Observatoire contre les violence”, itself in the process of consolidation, the situation would be completely catastrophic.

To these failures, we must add the regression on the essential questions of equality in law. There is no treatment of violence without treatment of gender inequalities instituted and reproduced by law. All the bills on equality in inheritance and the code of individual freedoms are on hold, or indefinitely postponed. No debate is possible on the Personal Status Code, which has become over the course of its 60 years of existence, a weapon against women, a vector of denial, discord and reproduction of an obsolete patriarchal model such as the “dowry”, “the husband, head of family”, “guardianship”, foundlings”, not to mention the ridiculous amount of divorce pensions, alimony for minor children, etc.

Lastly, we must not forget the Penal Code, some of whose repressive provisions - bequeathed from another era - are a true insult to dignity. For example, Article 230 penalizes homosexuality and legitimizes testing practices close to torture and cruel and inhuman treatment, prostitution is still considered a female offense, and adultery or begging are considered as minor offenses that still give rise to penalties involving deprivation of liberty.

Based on the above, the conclusion is that we are still very far from what a credible and reliable public policy to eradicate violence against women requires. There is even talk of a sort of return to a policy of the family with the “family mediator” project. And the list goes on.”