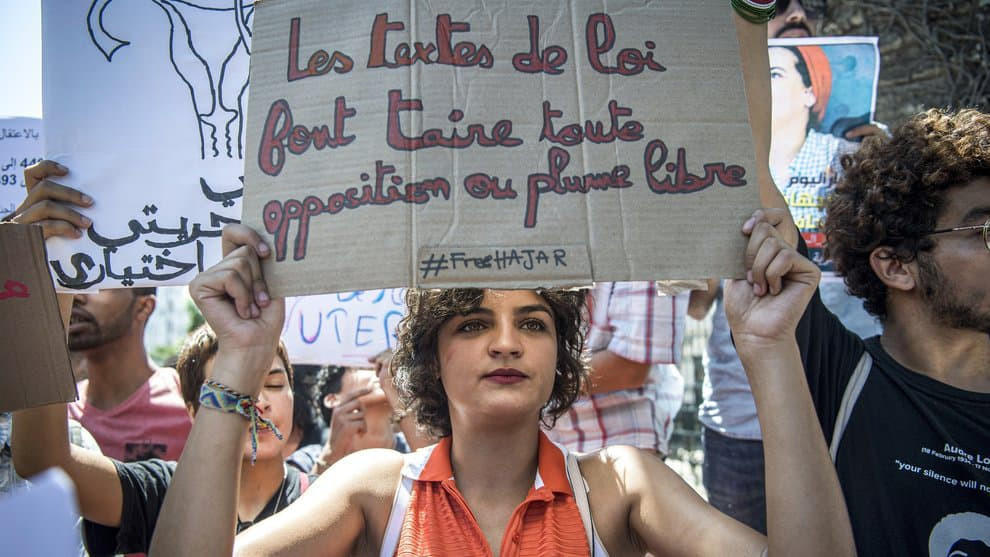 Feminism in Morocco: a brief overview

Since the 2000s, the status of women in Morocco has seen encouraging progress. Democratic openness has fostered the emergence of the movement of women, just as it has, conversely, contributed to the democratic transition. However, while progress is undeniable, gender parity has not been achieved and remains a major challenge for the country.

The feminist movement in Morocco

In Morocco, the women’s movement has been positioning itself as a new strong political actor. This has largely contributed to the enactment major decisions, the renewal of political dialogue and the expansion of civic and political participation. The family code reforms, called the Moudawana reforms (2004), were experienced as a great victory. Similarly, those related to the labor code (2003) and the penal code (2002) were essentially based on proposals presented by collectives and networks of feminist associations.

It was in the 1980s, in a context of democratic struggle, that the feminist movement in Morocco was established as a movement. During this prolific period, the so-called historical pioneering feminists have accumulated victories, such as the reform of the Moudawana mentioned above (2004), considered to be a historic win for the feminist movement.

The year 2011 marked a turning point for the feminist movement in Morocco. It was the year of popular uprisings, like in most other Arab countries. In the Moroccan protests, a large participation of women was recorded, women from the working class, until then largely considered apolitical. For once, the plurality of feminism was emerging: a diverse feminism, less elitist and a feminism that takes into consideration the issues of the working class. But it was also the peak of Islamic feminism, a very popular strand of feminism among the middle-classes, and previously excluded by feminism.

The victories of the feminist movement did not take long to unfold. Following the 2011 uprising, the king announced in March 2011 the draft revision of the constitution, integrating numerous feminist demands, including the principle of parity. That same year, gender-mixed national lists in the legislative elections helped achieve this objective. In the following years, more precisely in 2014, the amendment to paragraph 2 of section 457 repealed the provision that previously allowed a rapist to marry his minor victim. In 2015, article 453 provides for the expansion of cases of authorisation for abortion. In 2015 too, the laws relating to local authorities set a minimum quota of seats for women: 27% at municipal level and 30% at regional level.

More recently, the use of digital technology has enabled the emergence of new forms of expression for the feminist movement, emphasizing the role of the individual. On social networks, the movement no longer speaks on behalf of a political party, a union or an association but as a movement in its own right. This has contributed to an uninhibited freedom of speech. Actions have become more ad hoc and target specific issues, generating real media events. This is the case, for example, of Hajar El Raissouni, a journalist convicted for illegal abortion in 2019. Thanks to social networks, a general mobilisation and a wave of support were organised including that of the collective 490 “Hors-la-loi du Maroc”. The collective advocates for the defence of individual freedoms and won the Simone de Beauvoir Award for the Freedom of Women in January 2020.

Despite the noticeable progress, the feminist movement in Morocco still faces major challenges. Even though laws were adopted in favor of parity, the latter is far from being achieved. From the 2011 constitution until this day, the legislative work to harmonise laws with the constitution has been slow and reluctant. There is considerable mismatch between the constitution and its implementation, and between societal changes and the laws in force. Morocco’s commitments to equality are indeed still far from being materialized.

In terms of economic, social and cultural rights, the educational reform incorporates gender equality as a key objective. Nevertheless, the disparities between rural and urban remain constant. The rural female population is strongly affected by illiteracy and school dropout. In addition, while the employment of women and their education has generally increased, women remain increasingly exposed to unemployment. Today, 72.8% of Moroccan women are unemployed.

Lastly, there is an absence of effective legislation combating violence against women. Today, 54.4% of Moroccan women are victims of violence, mostly domestic. The law is silent on certain forms of violence (marital, moralistic, etc.), and access to protection institutions for women remains difficult and limited.

Five decades after the emergence of the feminist movement in Morocco, the fight for women's rights, equality and parity remains a long struggle. More than ever, the struggle of women in Morocco needs support, promotion and exposure.

Lina Meskine is specialized in architecture and is passionate about writing and journalism, which she explores as a self-taught person. Based in Rabat, she collaborates for several media, including Onorient: a platform that promotes the artistic momentum in the Arab world, Web Arts Resistances, or the magazine A+E: Architecture and Environment in Morocco.