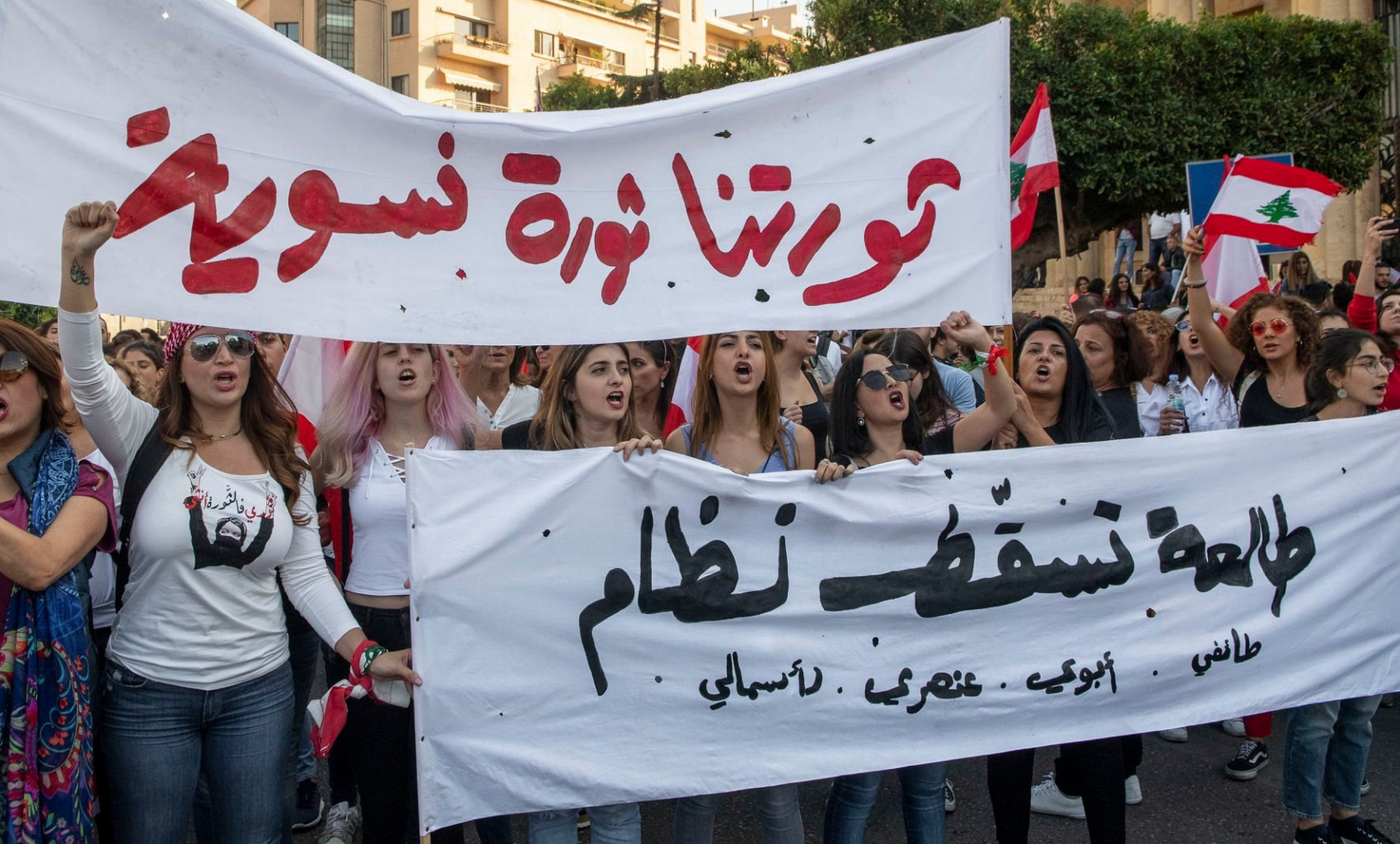 Feminism in Lebanon: a brief overview

In Lebanon, unlike most Arab countries, the state follows no religion. While equality between citizens is a principle enshrined in the constitution, it is not reflected in many of the legislations, measures and practices impacting different aspects of citizens’ lives, especially the personal status sectarian laws which govern most personal family affairs in the country.

Lebanon was the first country in the region to grant women the rights to vote and run for political candidacy in 1952. But after more than half a century of this progress, the Lebanese state is now in the lowest ranks of international indexes for women’s political participation. Following 6 May, 2018, which marks the date of the last round of parliamentary elections, the number of women in parliament increased from 4 to 6 out of a total number of 128 members of parliament. Furthermore, women do not make up more than 10 percent of the highest ranks of government administrations. In 2016, only one female minister was appointed out of 30 government ministers. The number of women ministers increased to six in 2020, one of the toughest and most ruthless years for both the Lebanese and non-Lebanese people residing in Lebanon, especially after the Beirut Port explosion on August 4, which only added insult to the injury caused by the financial collapse and the COVID-19 pandemic that were already underway.

The feminist movement in Lebanon

In comparison to many women in neighbouring countries, it can be said that women in Lebanon enjoy a considerable margin of freedom in terms of education, work, movement, socializing, entertainment and dress. The Lebanese state ratified the Convention for the Elimination of All Forms of Discrimination against Women (CEDAW) in 1997, while maintaining reservations on articles 9(2), 16(1), and 29(1).

Article 562 of the Penal Code, related to the so-called honour crimes, was cancelled in 2011, and the anti-human trafficking law was approved the same year, followed by the family violence law in 2014 –important amendments were introduced to this law in 2020. The Lebanese parliament also voted, for the first time ever, on a law criminalizing sexual harassment in 2020. With that being said, all of these laws that Lebanese women have long fought for, are marred by loopholes and gaps.

In addition to the campaigns calling for amending newly approved and old laws or repealing them altogether to come up with a more equitable and just legal system that offers protection to the most vulnerable groups, the feminist struggle continues to raise its voice against the denial of women of their right to pass on their citizenship to their children and partners. This denial is attributable to a patriarchal law that dates back to 1925, one year before the announcement of the Lebanese Republic.

Feminist activists are also still fighting against sexual violence and the criminalization of women in prostitution and of LGBTQ+ individuals, still prosecuted by Lebanese law.

Furthermore, the exploitation of female domestic work has persisted in Lebanon for decades, with thousands of South Asian and African migrant workers still being employed as domestic household workers without the most basic legal protection while working under extremely difficult circumstances that are rooted in the kafala (sponsorship) system, which can only be described as a slavery system entrapping many migrant workers in the country. It is worth noting that the number of domestic workers has significantly dropped with the financial and economic collapse engulfing Lebanon in late 2019 and with the COVID-19 pandemic in 2020. Some of these women left the homes of their employers or were laid off, and some returned to their home countries. In this same year, many women lost their jobs and began facing the burden of childcare and household work, which are often treated as women’s responsibility. Despite that, the state did not offer any kind of welfare to them or their families.

One of the biggest priorities of non-governmental organizations and feminist groups today is the urgent need for approving a consolidated civil and personal status law based on the principles of equality and justice between marriage partners and the best interest of children, one that would replace the 15 sectarian and confessional laws, the majority of which discriminate against and between women, treat them as lesser human beings, deny them of their rights to a free and non-early marriage, safe separation, child custody, joint custody, independence and other pressing issues.

Maya El Ammar is a feminist writer, activist and communications professional who has led nationwide feminist media campaigns on issues related to family violence, child marriage, personal status laws and the kafala system, among other topics. She currently contributes to various media outlets as a journalist, author and translator. She produces feminist opinion videos covering a range of feminist issues and publishes gender-focused articles in collaboration with independent media platforms alongside her job as a media strategist for a non-profit organization. Maya also has experience training civil society organizations and young activists in the fields of gender, media and communications. She has a BA in journalism and an MA in communication studies.