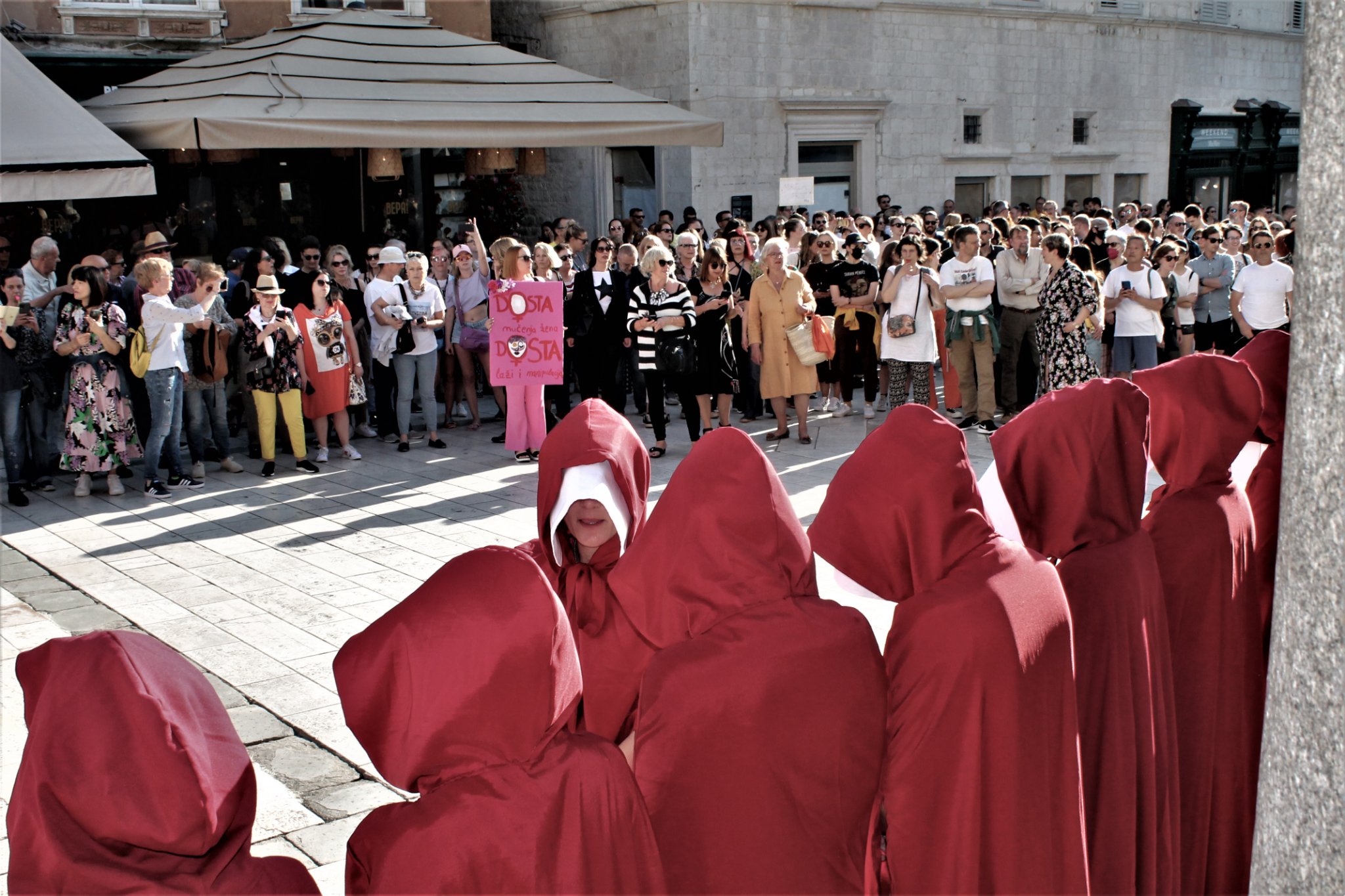 Abortion in Croatia only works in theory. The case of Mirela Čavajda proves it.

The case of pregnant Mirela Čavajda has rekindled a debate among the Croatian public and decision makers regarding women's rights to make decisions about their own bodies. Medfeminiswiya reports.

At the beginning of May 2022, social media in Croatia flooded with a photograph of a pregnant woman with a sad look on her face holding a hand on her stomach. The post below the photo read that the woman was six months pregnant and the fetus she was carrying has been diagnosed with a malignant tumor with no chance of surviving, while Croatian doctors refused to perform an abortion. 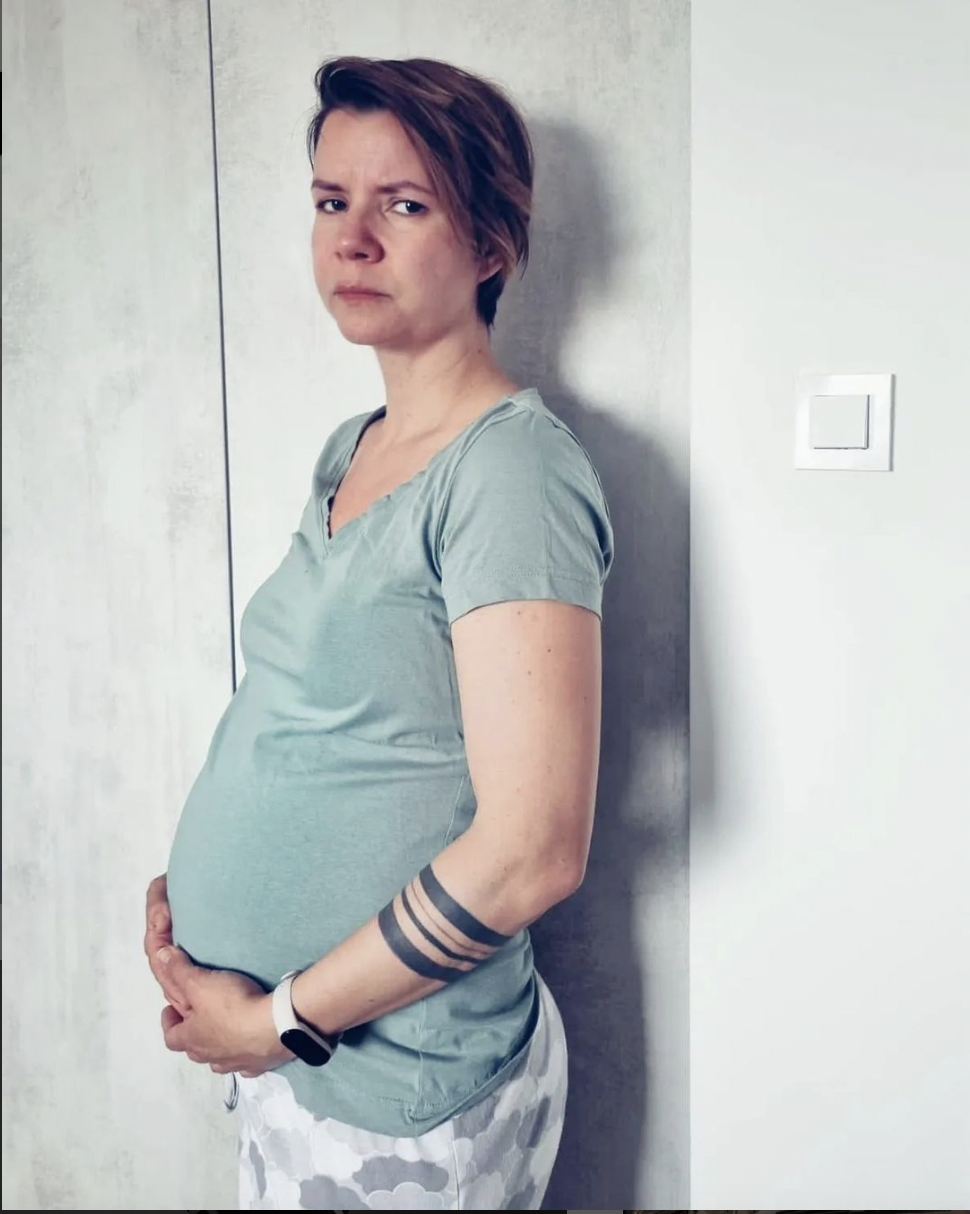 The unfortunate woman's name is Mirela Čavajda, and in the coming weeks she has become the symbol of the struggle for women's reproductive rights in Croatia, a small Mediterranean country of four million people and an abortion law dating back to the 1970s when the state was part of the former Socialist Federal Republic of Yugoslavia.

Although outdated, the law is quite liberal and allows for a later termination of pregnancy in cases of serious fetal malformations. However, as with abortions in earlier stages, the problem is that doctors do not adhere to it, and in public hospitals a large number of them use the right to conscientious objection. It is therefore no wonder that Čavajda's case touched the public and resulted in mass protests across several Croatian cities, while the opposition demanded a change in the law, and even the top state officials, including the health minister, got involved in the whole story.

At a regular gynecological check-up in April, it was found that the fetus Mirela Čavajda was carrying had a malignant brain tumor. She waited nine days to get the medical report confirming that - if born - the child would have serious defects or would be stillborn. She was advised orally that if she wanted to terminate her pregnancy, she should go to neighboring Slovenia. No one at the hospital told her she has the right to request abortion in her home country and that in that case a commission would be formed to decide on the matter.

Čavajda thus decided to seek help in Slovenia, a country also once part of the Socialist Federal Republic of Yugoslavia with the same law in force as the one in Croatia. However, with the help of a lawyer, she requested a response from commissions in four hospitals in Croatia's capital, Zagreb. First-instance commissions in four Zagreb hospitals refused to perform abortion, while the second-instance commission in one hospital agreed to terminate the pregnancy almost a month after Čavajda was told she was carrying a fetus that had no chance of surviving. Croatian doctors speculated on whether the fetus could survive, although the commission in Slovenia, which was convened immediately, argued otherwise.

According to available data, out of 359 Croatian gynecologists in public hospitals, 195 refuse to perform abortions due to conscientious objection. In addition, abortions are not free, and their price varies from city to city. Almost no hospitals perform medical abortion, except for one in the city of Rijeka. When it comes to abortions in the first ten weeks of pregnancy, which require no special commissions to be established, the problem in Croatia is their availability precisely due to the frequent conscientious objection. There are hospitals with no doctors to perform this medical procedure because they are all conscientious objectors.

In a country that is predominantly Catholic and where the Church exerts tremendous influence not only on society but also on political developments, the public was appalled by this treatment and by subsequent reactions from both the hospital and the ruling elite.

According to available data, out of 359 Croatian gynecologists in public hospitals, 195 refuse to perform abortions due to conscientious objection

Speaking about the case in public, Health Minister Vili Beroš was caught in a lie several times, like when he said that Čavajda received psychological support in the hospital where she was first admitted, which is impossible because the hospital does not even have a psychologist among the staff. However, Beroš caused the greatest public outrage when he said that Čavajda should not have hired a lawyer, but that instead she could have contacted him directly.

In just two days, NGOs raised 220,000 kuna (29,000 euros) to cover the costs of the procedure in Slovenia, which amount to about 5,000 euros. In addition, Čavajda was supported by public figures such as national pop star Severina, and thousands of people took to the streets in several cities to stand in her support, demanding that the system finally be organized in order to ensure the availability of abortion to all women in accordance with the legal framework, that costs be covered by the Croatian Institute for Health Insurance and that a sufficient number of medical teams to administer abortion services be ensured in all hospitals.

"There's so many of us! We will not allow Mirela's story to happen to any other woman. We will force the health system to respect women!", long-time women's rights activist Sanja Sarnavka said at the protest in Zagreb.

Apart from the capital, where between 5,000 and 10,000 people gathered, protests were staged in Split, the second largest city in Croatia, but also in smaller communities such as towns of Šibenik, Sisak, Pula and Korčula.

"Obviously, the irresponsible behavior of the government struck a nerve and pushed many women and men to come here today. The main message is that this case requires re-examining things and that's why we took to the streets. We will not and should not back down until things change. This primarily refers to the removal or strict control over the conscientious objection, which is by no means an absolute right," said Mirjana Kučer, long-time activist from the association Domine in Split who did a performance dressed in costumes inspired by The Handmaid's Tale TV series.

The letter of Mirela Čavajda, which she addressed to the general public, was also read at the protest.

"Waiting for Grga to die inside my womb, giving birth and then watching him die, for me as a mother would be pure sadism. Torture. What would remain of me if I was to wait and watch him die? I would have died with him. Am I entitled to rob my other son of his mother; I ask you? Do you think any of you are? Maybe some other mother would have decided differently. Who am I to judge her? Everyone has the right to their own choice,” Čavajda said, who was told on the eve of the protest that the procedure can be performed in Croatia after all. But she decided to go to Slovenia.

"Waiting for Grga to die inside my womb, giving birth and then watching him die,
for me as a mother would be pure sadism. Torture.”

The opposition also reacted to the whole case by proposing a new, more modern law in parliament. The proposal was discussed the day after the protest, starting late at night until 4 am by a half-empty parliament. MP from Nova ljevica party (The New Left), Ivana Kekin, published a photo of the half-empty chamber. Incidentally, back in 2017, the Constitutional Court instructed the then government to write a new law within two years, but nothing has happened since then.

Debates on women's rights continued in the following days and certainly did not lack the opposite tones of the radical right, telling the unfortunate woman that she should still give birth.

The Walk for Life event was later held in several cities, organized for years by ultra-conservative associations which, under the guise of concern for life, are actually working to systematically reduce and abolish women's rights to make autonomous decisions about their own bodies and future.

In the end, Čavajda went to Slovenia. An inspection conducted at the hospital where she was first admitted detected irregularities because she was not informed about the possibility of convening a commission for termination of pregnancy. Prime Minister Andrej Plenković said that he is not even thinking about passing a new law. Whether the Čavajda case will lead to changes in legislation, but above all practice, or whether it will remain a one-time public outcry is yet to be seen.

Mašenjka Bačić is a Croatian investigative journalist who works for the investigative portal Oštro. She holds a degree in sociology and has been working as a journalist since 2007 covering different areas from human rights to corruption. Her articles appeared in Euronews, Balkan Insight, and The Guardian.