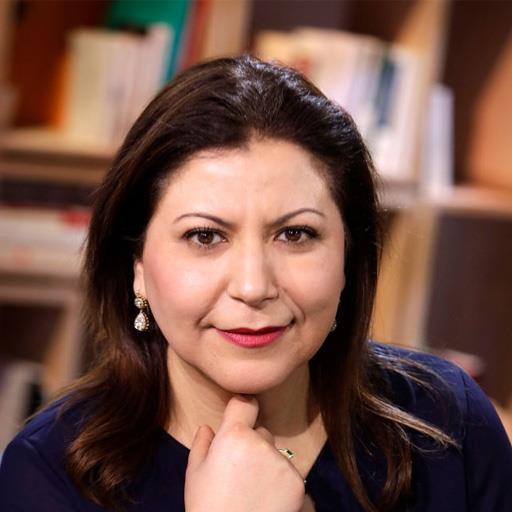 Hela Ouardi: “The female body perceived as an avatar of enemy territory”

Hela Ouardi, Professor of French literature and civilization at the University of Tunis, and associate researcher of the CNRS Laboratory for Studies on Monotheisms, continues a process of reflection initiated over the course of her works in which she deconstructs a myriad of myths related to the first period of Islam.

We met Hela Ouardi on May 10, 2022, at the doctoral school in Tunis organised by the University of La Manouba (Tunis) and the Université libre de Bruxelles on the theme “Women, body and religion”. The previous day, she had given a lecture entitled “Sex and Sacred War: Women as Spoils of War Here and Even in the Afterlife” in which she demonstrated her great erudition. She namely presented the fruit of research gathered in four books* dedicated to the deconstruction and analysis of a myriad of myths from the first period of Islam. Here’s an interview with Hela.

In the early days of Islam, when Prophet Mohamed went to war to Islamize distant lands, what role did the bodies of women play in motivating the warriors?

When sending men to battles or conquests, women in Islam were used as bait at a very early stage. They embodied both sexual and economic motivation. Since the captives were subsequently sold as slaves, the virgins among them were the most costly on the market. The symbolic motivation is not the least. The appropriation of the woman’s body, a humiliation measure for the vanquished, will also become a producer of Muslim children. As I mentioned in my presentation, it is “the Islamization of the womb”.

Then, during war when men left for countries far from their native lands thus suffering sexual deprivation, emerges this very contested notion within Muslim theology itself of “marriage of pleasure”. The prophet had exceptionally authorized the marriage of pleasure to then prohibit it at the end of his life. It is a “quick consumption” to guarantee the mental balance of warriors. Then comes the third phase when the loot is collected. Very often, big fights broke out between the companions of the prophet themselves around the captives. The prophet was also concerned with this part of the loot. These practices were not specific to Islam. As in earlier and later times, at the time, the female body was perceived as a variant or an avatar of enemy territory. Especially since among these populations of Arab Gulf tribes, there was no stable territory. Inevitably, the only fixed element of sedentary life becomes the female body, which is also the seat of male honor and the guarantor of the purity of his genealogy and his descent. This representation dates from the pre-Islamic period.

In your presentation you demonstrated that imams and jihad recruiters, who draw their sermons from exegesis, continue to promise believers a paradise filled with houris. Are women destined to be offered to men, also in the afterlife?

How do you explain the continuation of this ideology of the “paradise-brothel”, as you yourself call this phenomenon?

Sexual frustrations are very often behind the murderous impulse. This is what the criminologist Alain Bauer says in general, although he is not interested in the issue of jihadism itself but rather in the phenomenon of serial killers. You know, candidates for jihad are not stamp collectors: they are individuals who are sent to their deaths. Such a sacrifice demonstrates the potential for efficiency and mobilization carried by the female body and all this pornographic literature published on Daesh websites. In my presentation, I have quoted the articles by Sayyid Kotb* in his book: “The America I have seen”, written in English, where he explains his disgust at the sight of women’s bodies on display in America in the 1950s. The absolutely fascinating bodies of Hollywood stars aroused in him as much repulsion as attraction. All the subsequent developments in his jihadist literature probably stem from this feeling of great complexity. This inaccessible body becomes available in paradise. An idyllic availability since the woman is obedient, offered for unlimited consumption and in addition she is a virgin. Therefore, the honor of a man is not threatened by this body since the virginity of the houris, the equivalent of the nymphs is regenerated eternally. It is both a pure body and a consumed body! This sexual paradigm has been extremely assertive as an avatar of the conquering energy of the Muslim who will establish the kingdom of God on earth.

*Sayyid Kotb: Born in 1906, Kotb, Muslim Brotherhood theorist considered as “the father of Salafist jihadism.” He was executed under the Nasser regime in 1966 for plotting to assassinate the president.