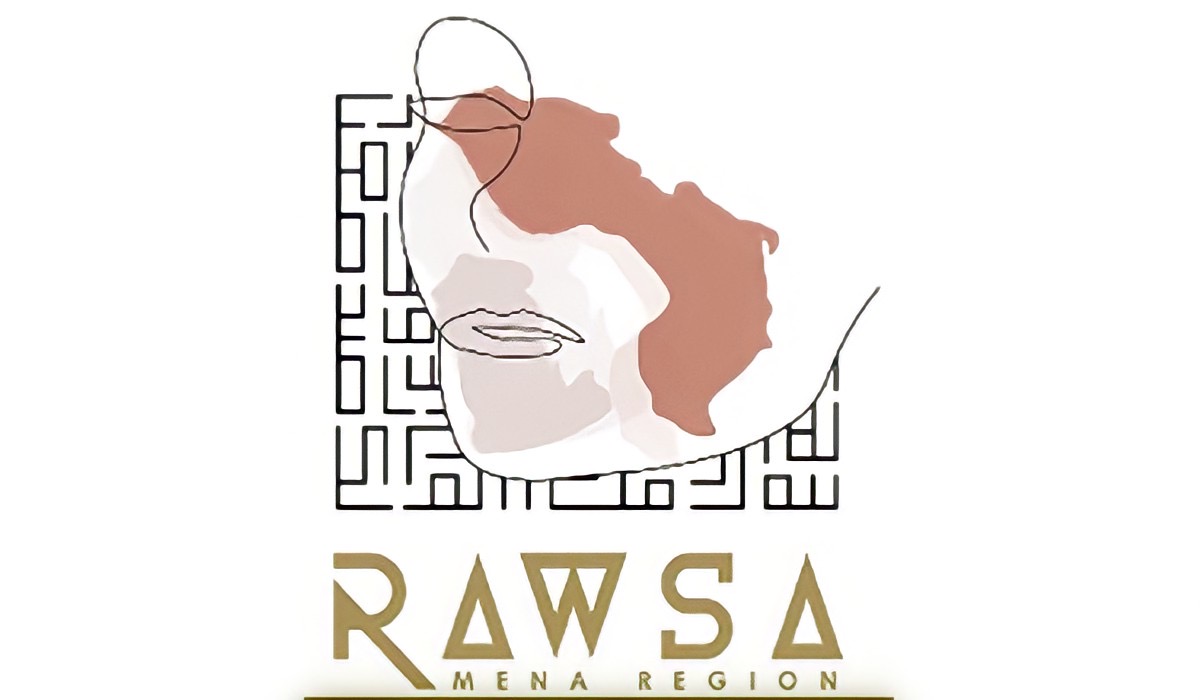 RAWSA: Network for Women’s Rights and Access to Safe Abortion in North Africa and the Middle East

Set up in 2019, the RAWSA Network aims at changing mentalities, behaviors and legislations related to sexual and reproductive rights, as well as advocating for legal abortion in most MENA countries.

Made available by the RAWSA Network, some figures on sexual and reproductive rights in the MENA region chill your spine: with the exception of Tunisia, the voluntary Interruption of pregnancies is illegal in all countries.

Consequently, women resort to clandestine abortions that have a rate higher than in the rest of the world and are responsible for around 9,700 deaths each year. This data must be compared with another worrying figure: only 47% of women in this region have access to a contraceptive method, while this percentage is 57% worldwide.

Thus, although the world is on the move and an increasing number of women, from the Middle East to North Africa are claiming their rights, the laws remain unchanged. Abortion continues to be fully or partially banned in most MENA countries: only 55% of them authorize abortion when the woman’s life is threatened and only 28% of abortions are authorized to preserve the physical or mental health of women.

Unfortunately, the Covid-19 pandemic only made the situation worse. Unsafe abortions have increased by about 10%, as access to contraception and safe abortion (which most often takes place abroad) have been restricted since the beginning of the pandemic. As usual, it is the poorest and most marginalized women and girls who are suffering from the effects of this crisis.

In order to change the jurisdictions on abortion and combat this real taboo, the RAWSA MENA - North Africa and Middle East network - was set up in 2019. It brings together human rights organizations, feminists, activists and health professionals to advocate for the right to safe abortion at regional level.

Only 47% of women in the MENA region have access to a contraceptive method, while this percentage is 57% worldwide

“We share the belief that every woman has the right to dispose of her body and to have access to sexual and reproductive health services without being prosecuted or imprisoned. When it is otherwise, when women are unable to access abortion services, we are faced with an attack on individual freedom and a cause of individual discrimination based on gender,” explain the organizers.

The RAWSA Network disposes of different focal point covering sub-regions: Algeria-Morocco, Egypt-Oman, and Palestine-Jordan-Lebanon. Their representatives are in charge of establishing contacts with other network members, investigating the specificity of the territory in which they operate and reporting on it, as well as developing the exchange and sharing of experiences between defenders of sexual and reproductive rights. 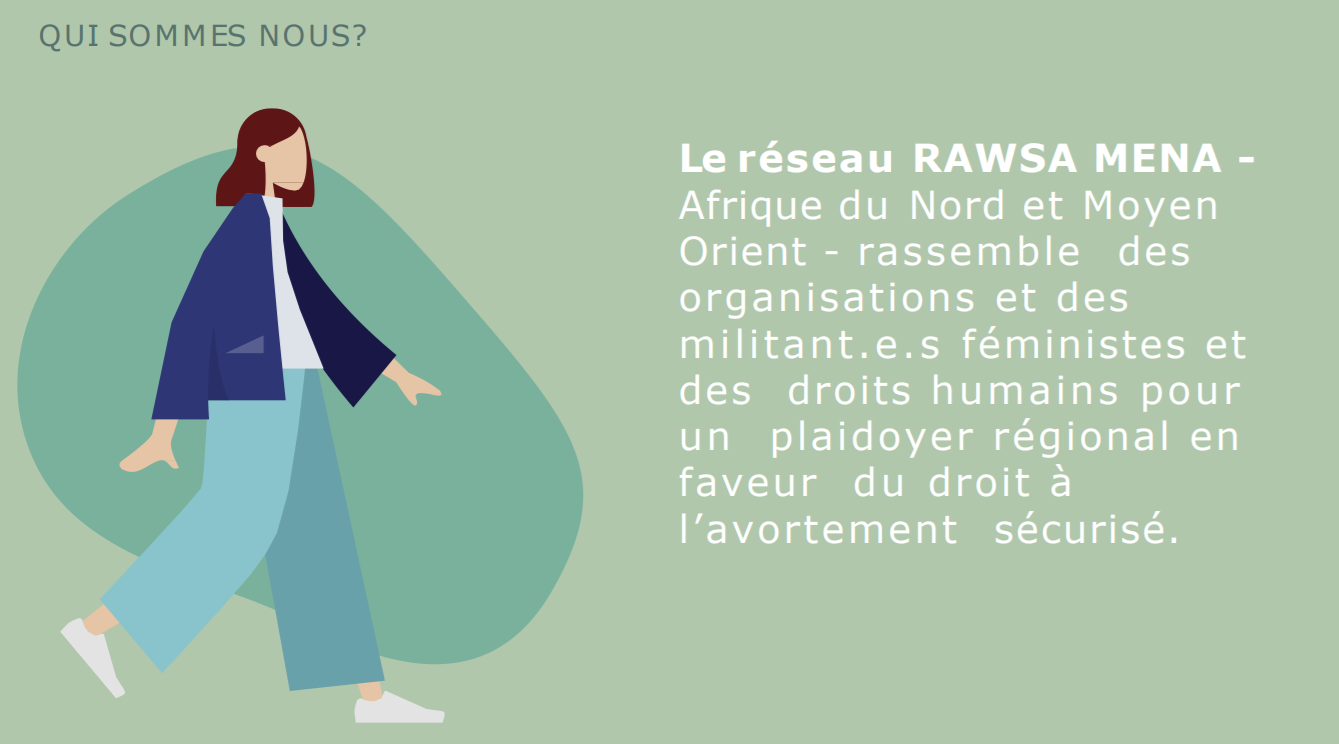 The priority actions of RAWSA include: Extending the network, developing and disseminating its advocacy work by raising awareness among the media, health professionals and political decision-makers in the region, conducting further research to collect precise data and testimonies demonstrating the impact of negative restrictive policies on sexual and reproductive rights as well as the dramatic repercussions of unsafe abortions on women and their health.

Last July, RAWSA organized a webinar for journalists who received, a few weeks later, a guide to address the subject of abortion using the right terminology (1).

The network has also recently launched a training course for activists, journalists and health professionals involved in defending the right to abortion: “20 participants from different countries in the region will be trained by regional and international experts on issues of advocacy, communication, Values Clarification and Attitude Transformation (VCAT) on abortion and on the means to bring abortion out of illegality,” we read in the call for applications. This training course, which includes 4 sessions, will take place during the months of October and November 2021 (2). 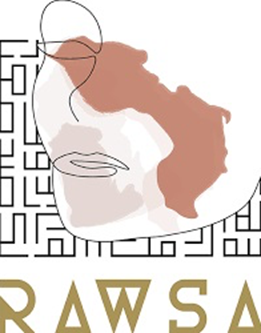