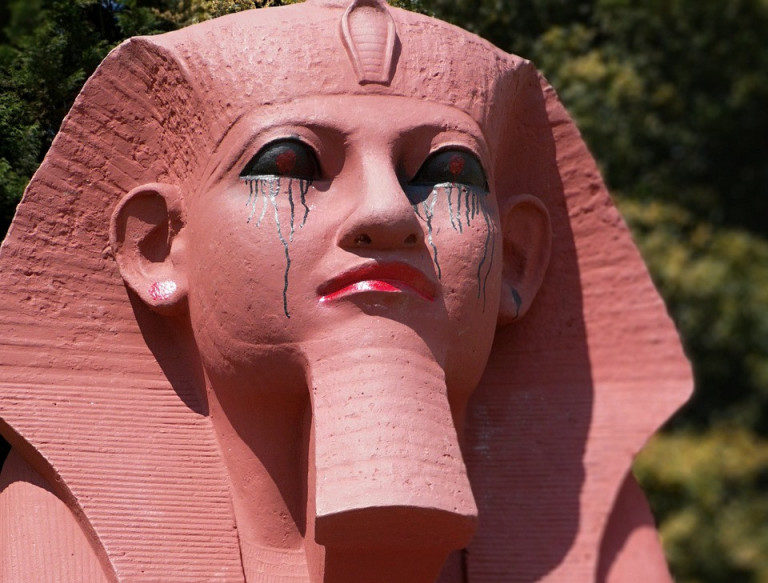 Feminism in Egypt: a brief overview

Egypt has one of the longest histories tracing back to around 7000 BC, which is currently known as the Ancient Egypt, while Modern Egypt dates back to 1922, when it gained nominal independence from the British Empire as a monarchy. Following the 1952 revolution (Also called: The Free Officers Movement), Egypt put an end to British occupation, and the Egyptian Republic was declared, to put an end to monarchical rule in the country. During the modern history there have been three revolutions in Egypt; in 1919, in 1952 and the 25th of January revolution in 2011 which toppled the Mubarak regime after 30 years of ruling. The current political system in Egypt was established following the Revolution of 2011 and in the actual semi-presidential system, the President is elected for a six-year term and he or she can run for a second term, while the Parliament acts as the legislative branch of the Egyptian state which is the oldest legislative chamber in Africa and the Middle East. Egypt is a founding member of the United Nations, the Non-Aligned Movement, the Arab League, and the African Union.

The feminist movement in Egypt

In the aftermath of the 1919 revolution which witnessed a huge participation of women in the demonstrations that erupted against the British colonialism, women realized how precious that moment was and insisted not to squander the opportunity of maintaining and expanding their presence and interaction in the public sphere.

The relentless uphill struggle of the Egyptian feminist movement during its first wave achieved unprecedented progress on various levels and in different aspects, as the first feminist union was formed in 1923 and the first law to assign a minimum age for marriage (16 for women, 18 for men) was promulgated in the same year. Also in 1923 Egypt became the first Arabic- speaking country to see women’s headscarves (veil) removal movement without any state intervention, this made Egypt the only country in the region at that time where women could walk freely in the streets without headscarves and wear modern dresses and skirts.

During the first half of the 20th century, thought to be the heyday of the Egyptian feminist movement, women continued to break the male domination present in many fields, as they became professors in universities, pilots, doctors, engineers, heads of syndicates, nuclear physicists, and ministers. Not to mention that the Egyptian woman was the first in the Arab region to be elected into Parliament in 1957.

Following the 1952 revolution/The Free officer’s movement, the state went through a full nationalization which casted a long shadow over the civic society in general and the feminist movement in particular. Many non-governmental organizations were dissolved by new laws catered for this purpose, and the new established NGOs were only allowed to work if they adopt the government’s rhetoric.

The paradigm shift that happened in Egypt after 1952 blunted the momentum of the independent feminist movement, but as the ruling government at that time was trying to show that it’s modernized and open to women’s rights and autonomy, it continued to support women’s education, involvement in the workforce, backed storming male-dominated fields, responded positively to the suffrage movement and granted women the right to vote after decades-long fight.

The first return to wearing headscarves in Egypt is recorded to be in the late 1970s along with the notable migration to the Gulf countries which turned to be oil-rich states with myriad of job opportunities. The return to veil was part of a significant turning point in the Egyptian modern history, given the name “The Wahabi Islamist invasion.”

The Wahabi invasion hit hard the women’s status; the feminist movement was facing more barriers and obstruction, and women’s social position faced deterioration after the Islamist groups became powerful and more effective in local communities especially among the lower and middle classes.

In spite of the zealous efforts to pull women backward, the state made its own state-sponsored feminism and established the national women’s’ council, which played a pivotal role in the development of new legislations in favor of women, such as the amendment of personal status codes, striking down the law that allows a rapist to marry the survivor to skip the punishment, criminalizing female genital mutilation, raising the minimum age of marriage for women from 16 to 18, and granting women the right to pass on their nationality to their children if their spouses weren’t Egyptians.

But the gloom was undeniable, the Islamists succeeded to maintain polygamy by law and stood firmly against the feminist pressure to put an end to the verbal divorce, by making courts the only authority to grant divorce, and they stymied all the endeavors to revamp and overhaul the personal status code which hold many articles that legitimize violence and discrimination against women.

The long-awaited uprising evoked in 2011 gave an impetus to the feminist movement, and the women’s ownership over their bodies became crucial in the feminist rhetoric, by the time women were targeted by group sexual assaults in the demonstrations that continued to take place till the 2014.

The women’s fierce battle against these terrorizing attacks on their bodies led to the proclamation of a new legislation in 2014, imposing harsher punishment against sexual harassment.

Since 2014, the government has been clamping down on civic spaces, with the feminist movement at the heart of it. The legislative progress is currently slower than in any previous phase.

In face of the widespread crackdown, the feminist movement resorted to the power of the internet and cyber space, and now women activists are campaigning tenaciously over the internet, connecting, bonding with each over, raising their voices, protesting and insisting, with strong determination, that their struggle won’t come to a standstill.

Raneem has over 10 years experience working in civil society and journalism and is the founder and executive director of the feminist media project “And she has other faces” ولها وجوه أخرى. The project incorporates an online platform that applies a feminist lens to contents it publishes and focuses on producing feminist comics, podcasts and print periodicals. Workshops on gender-sensitive journalism, film critiquing and podcasting from a feminist perspective are facilitated within this project, as Raneem is also a specialized trainer in gender-sensitive journalism and film reviews. Raneem has authored books such as: “The Portrayal of Women in Egyptian Movies’ Posters” (from the birth of talkies until 2015)” and a handbook on “The Basics of Gender-Sensitive Media Reporting", published in 2020. Before fully devoting herself to feminist activism and gender-sensitive coverage, Raneem had worked as a journalist and was published by several Egyptian news outlets.