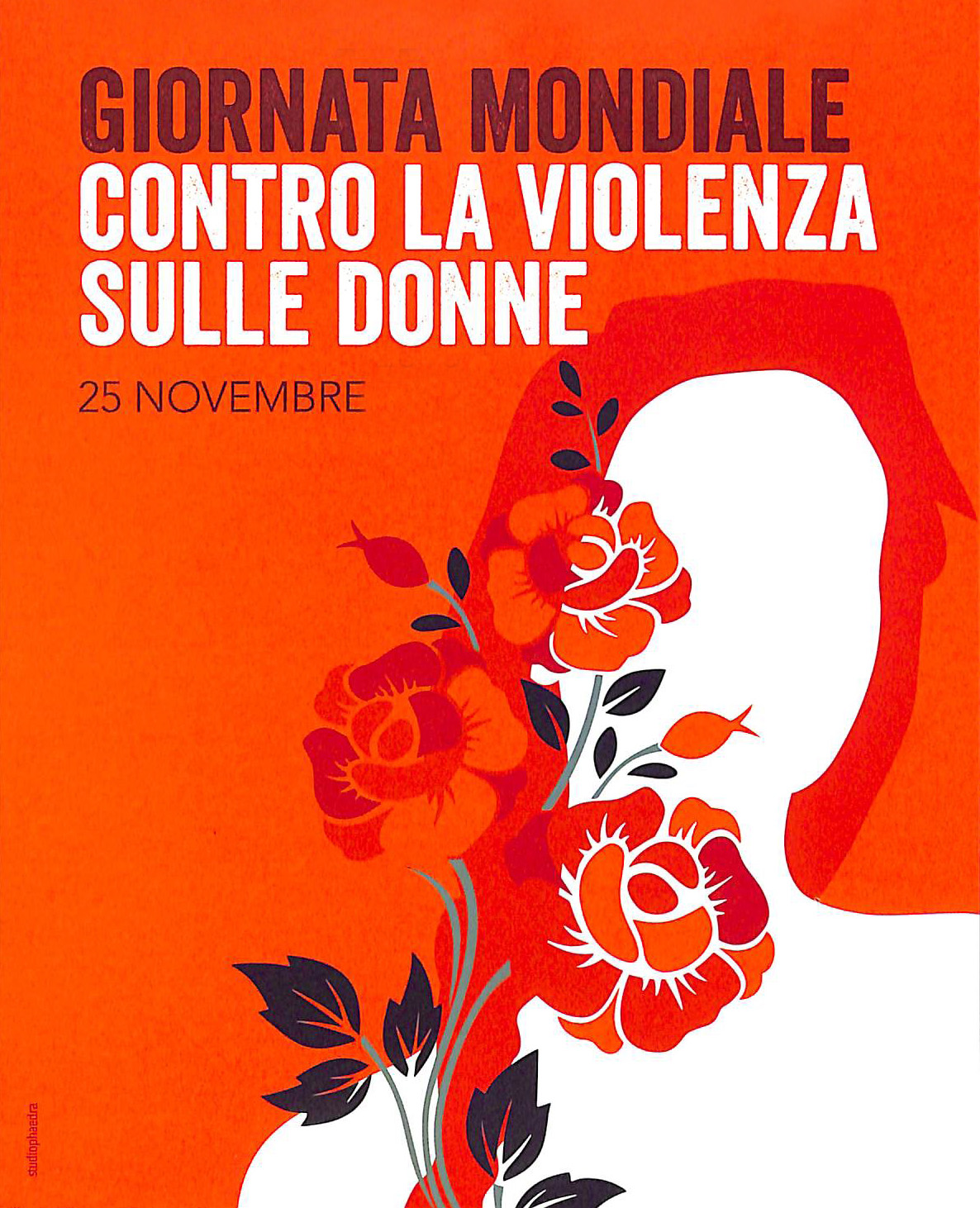 Rome is where women recreate the city

Instead of receiving support, feminist groups must struggle against institutions to survive, as was the case of the “Casa Internazionale delle donne” and “Lucha y Siesta”. Threatened with eviction by the Municipality, these two symbolic places of the feminist movement celebrate together the end of a nightmare.

25November is the International Day for the Elimination of Violence Against Women, a worrying phenomenon in Europe where a third of the female population has suffered physical and/or sexual assaults and 75% have experienced harassment at work.

The Brussels Parliament recently proposed to make gender-based violence a crime under European Union law, together with human, drug and arms trafficking, computer crime and terrorism. Approved with 427 votes, the text denounces femicide as the most extreme form of gender-based violence and will be the legal basis for the application of the Istanbul Convention standards in all Member States.

The latest report by the Council of Europe’s Group of Experts on Action against Violence against Women and Domestic Violence tasked with monitoring its implementation in Italy, urges the Italian government to take more effective measures. Of the 247 homicides recorded in the country since January 2021, 103 involve women, 87 killed by spouses, boyfriends, or ex-partners. The Central Directorate of the Criminal Police confirms that the recent lockdowns have further aggravated the situation to the point of speaking of a double an “epidemiological and violence” pandemic.

In 2020, phone calls to the public utility number against violence and stalking (1522) increased by 79.5% compared to 2019, with a peak between April (+176.9%) and May (+182.2%). Half of the reports come from women who have suffered for years and nine out of ten cases of violence take place at home, mainly in the Lazio, Veneto and Lombardy regions, in Sicily and in Sardinia.

According to Linda Laura Sabbadini, Director of the National Statistics Institute, less than 10% of the victims reported remain silent so as not to compromise the family (22%), because they fear their attacker (21%) or because they have no safe place to go (7%).

A study conducted by thirty associations active in the sector has identified the lack of anti-violence centers as a serious risk factor. With over 4 million inhabitants, in Rome there are only 25 beds to accommodate women fleeing dangerous situations. According to the Istanbul Convention standards, there should be 300 beds. Furthermore, the four existing shelters guarantee hospitality only for a period of six months, while experts claim that it would take at least a year to rebuild one’s life and gain economic autonomy.

While filling the serious gaps created by deficient and inadequate social policies, self-managed facilities are often hindered by the institutions as was the case for the Casa Internazionale delle donne and Lucha y Siesta, two significant symbols of Roman feminism and the struggle against gender-based violence. Threatening them of evacuation and of a high back-rent to be paid to provide income for the chronic deficit of the municipal budget, the former mayor of Rome, Virginia Raggi did not recognize the value of the services and social and cultural activities of these centers. Precisely due to their voluntary vocation, they would never have been able to support the expensive rents imposed. After years of struggle, Roman feminists celebrate two important victories and imagine a new future for the city that finally belongs to everyone.

Half of the reports come from women who have suffered for years and nine out of ten cases of violence take place at home, mainly in the Lazio, Veneto and Lombardy regions, in Sicily and in Sardinia

La Casa Internazionale delle donne: from a former female prison to a symbol of freedom and self-determination

Established as a Carmelite prison for laywomen during the Counter-Reformation and then transformed into a monastery, for centuries the Buon Pastore building has been an exemplary place of female subordination in Rome. Thousands of women have been imprisoned here on charges of transgression of Catholic orthodoxy and forced into rigid “repentance” with physical and psychological mortifications. When, in 1983, the Municipality assigned part of the structure to the feminist movement evacuated from the historic headquarters in via del Governo Vecchio, the possibility of transforming this stronghold of the patriarchate into a symbol of freedom and female self-determination aroused deep enthusiasm. A subsequent resolution assigned part of the structure to the Catholic Association Sant-Egidio, opening a period of harsh clashes between the activists determined to occupy also the Vatican.

With over 4 million inhabitants, in Rome there are only 25 beds to accommodate women fleeing dangerous situations. According to the Istanbul Convention standards, there should be 300 beds

The funds granted for the Jubilee finally enabled the renovation of the property, in a state of total degradation, but that dispute risked blocking everything. “The day Monsignor Paglia arrived to inspect the spaces, a distribution of leaflets on the crimes of the Catholic Church against women and a drum session were organized in the street. He immediately understood that coexistence would not be easy,” remembers Pasqualina Napoletano, “Constituent Mother” of the first Assembly of the elected, with a smile on her face.

Henceforth, the center has promoted hundreds of struggles, mobilizations, social and cultural events, as evidenced by Herstory: I luoghi delle donne, (Herstory: the places of women) the very rich archive curated by Giovanna Olivieri and Valeria Santini, also available in an App that maps all the feminist initiatives of Rome and the Lazio region.

During the difficult years of negotiations with the Municipality, petition signings and protests were organized constantly but the situation was unlocked only thanks to the decrees related to the economic urgency situation brought by the pandemic which also included measures for the third sector and particularly women associations. The government immediately recognized the historical, social and cultural value of the activities carried out by the Casa. In addition to granting a fund contributing to the cancellation of debts, avoiding closure, the property recently received a free loan for the next 12 years.

“Unfortunately, the Mayor Raggi did not recognize the importance of this place as did instead Gualtieri, Minister of the Economy, today in the Statehouse and the parliament. Being a woman is not enough, you have to be a feminist!” states Maura Cossuta, current President of the Casa.

The happy outcome of the story was celebrated on 13 November in the historic Trastevere venue with a public event full of guests.

“We have identified three themes on which to commit ourselves for the future. Above of, the environment and the climate crisis because, more than ever, there is an urgent need for a revolution in protecting: the planet, the world and society. Secondly, the places of women and common goods, without which the strength of feminism fails. Lastly, the confrontation with the institutions”.

“One of the most extraordinary things about this place is precisely the relationship between conflict and encounter that it has been able to establish with the city of Rome, with its women, with its neighborhoods, and we felt this even when we were in trouble because the city responded, accompanied us to the Stateshouse, made us feel its presence,” says Giulia Rodano, activist and politician. “We hope that the Casa delle donne has opened a breach through which others can pass”.

In Rome, there are actually many realities still at risk of closure, such as the Esc Atelier, a space self-managed by activists and university collectives, and Communia, a social laboratory of self-organisation and mutual aid. Both have shown great courage and determination so far, but how long will they be able to resist?

“It is obvious that we need to turn the page with regard to a myopic and narrow vision only focused on economic and financial aspects. I also dare say anti-economic because the theory that considers it wrong that often-unavailable goods are made available to social activities is very wrong. We will work on a policy of common goods that helps enhance social and civil society networks,” reassured the new mayor Gualtieri who spoke during the debate.

He then adds: “Today, we need to be feminist if we want to build a city capable of facing the challenges of our time.”