How is Spain’s far-right threatening women’s sexual and reproductive rights?

Although abortion in Spain is allowed by law, it is a matter that is not yet read in terms of women’s rights and leaves huge gaps when it comes to exercising it. This gap is not one that the far-right is willing to pass up to impose its own agenda.

“As women, when it’s time to vote, it is important to identify who has our best interest at heart.” This concern by Gemma Candela, an activist from the feminist collectives of the Madrid district of Tetuán,  is shared by many women’s rights defenders in Spain, including defenders of women’s sexual and reproductive rights.

Although abortion in Spain is allowed by law, it is a matter that is not yet read in terms of women’s rights and leaves huge gaps when it comes to exercising it. This gap is not one that the far-right is willing to pass up to impose its own agenda.

In Spain, abortion has been decriminalized since 1985 by a law amended in 2010 that legalizes elective abortion up to 14 weeks of pregnancy and up to 22 weeks for serious risk to the health of the mother or serious fetal defects. However, what is striking is that in eight provinces and in the two autonomous cities, Ceuta and Melilla, abortions have not been performed in 30 years. Furthermore, in public hospitals such as La Paz or Clínico San Carlos in Madrid and the Virgen de la Arrixaca Hospital in Murcia, health workers plead conscientious objection to avoid terminating pregnancies.

The case of Marta Vigara has unleashed new criticism of this old modus operandi of the health staff at some Spanish public hospitals, after she denounced in a radio interview the institutional mistreatment, obstetric violence and the violation of the abortion law, approved eleven years ago, in the San Carlos Clinic in Madrid, she’s been subject to in December 2020. She recounts that, at 17 weeks pregnant, she suffered a preterm premature rupture of the amniotic sac and lost amniotic fluid, which can mean poor lung maturity and deformations in the joints of the fetus. Although they told her she could interrupt the pregnancy, they denied her this right and a medical intervention in that hospital.

“They say they are praying, but they’re in fact cornering and harassing women; some young people were even seen dressed in white coats and throwing dismembered dolls stained with red ink”

Since 2009, all the professionals in that department are conscientious objectors so long as there is a fetal heartbeat and have been referring women to private clinics. This is precisely what happened with Marta herself, bringing out an irregularity in the applicable law, which allows the conscientious objection of professionals individually but not collectively, as was the case with Marta.

The ‘witches’ win: The harassment by anti-abortion groups at the doors of the clinics will be considered a crime

More often than not, women who go to private centers also face anti-abortion pressure groups that gather at the doors of the clinics, rebuking, coercing and harassing those of them who come to interrupt their pregnancies. Incidents like these are happening frequently in the Dator clinic in Madrid, the first clinic in Spain authorized to practice voluntary interruptions of pregnancy.

Gemma lives in the vicinity of Tetuán, the district where this medical center is located. She and other members from the feminist collective in the neighborhood called on other feminist movements in Madrid to prevent anti-abortion groups from crowding up the area. The event took place in December 2020, around the 28th, the Day of the Holy Innocents, “a date of great symbolism” for these anti-choice groups.

“They say they are praying, but they’re in fact cornering and harassing women; some young people were even seen dressed in white coats and throwing dismembered dolls stained with red ink”, reports Gemma.

However, she adds, the feminist collectives – which, unlike the anti-abortion groups, had requested permission to demonstrate from the Government Delegation – stood up to this harassment, shielding the entrances to the clinic for three days, chanting songs in defense of women’s rights as an act of non-violent resistance. “The right to abortion is a key issue in the feminist struggle,” she adds.

Overthrowing this right is also a classic strong suit of the ultra-conservative right, who in recent years has gained representation on the Spanish political scene, with the incursion of the Vox party and the more conservative drift of the Popular Party (PP) from the old politics, known as heir to the Popular Alliance, a pro-Franco project in democracy.

On September 21, during a debate in the Congress of Deputies to criminalize harassment of women in front of abortion clinics, the deputy of Vox, José María Sánchez García, called “witch” to Laura Berja, the socialist deputy who was at that time defending the reform of the Penal Code proposed by the PSOE. The session was thus marked by this sexist insult and the far-right’s denial of the right to voluntary termination of pregnancy; but that finally had the support of all parliament groups, except for Vox and the Popular Party.

The offensive and inflammatory language has become the reference tone of Spanish chambers, orchestrated by the representatives of this far-right party that, instead of providing social measures or presenting a political project, thrives on this type of interventions that call for controversy and incite hatred, namely against migrants, the LGTBQI+ community and feminists. Openly hoisting what they call their fight “against gender ideology”, which mainly translates into obstructing the right to abortion, criticizing same-sex marriage or demanding the abolition of the Law against Gender Violence, in a country like Spain, where 1,113 fatalities have been registered due to sexist violence from January 1, 2003 until today.

What is striking is that in 8 provinces and in 2 autonomous cities, abortions have not been performed in 30 years.

The ultra-Catholic lobby, Hazte Oír, an ally of the far-right

The fixation of this far-right formation against women’s rights, while calling for the criminalization of the feminist movement, does not sit exclusively in the seats of regional and national parliaments. A friend of Le Pen, Salvini and Orbán, this party has been called out on numerous occasions for having ties to the ultra-conservative Spanish lobby HazteOir / CitizenGO. 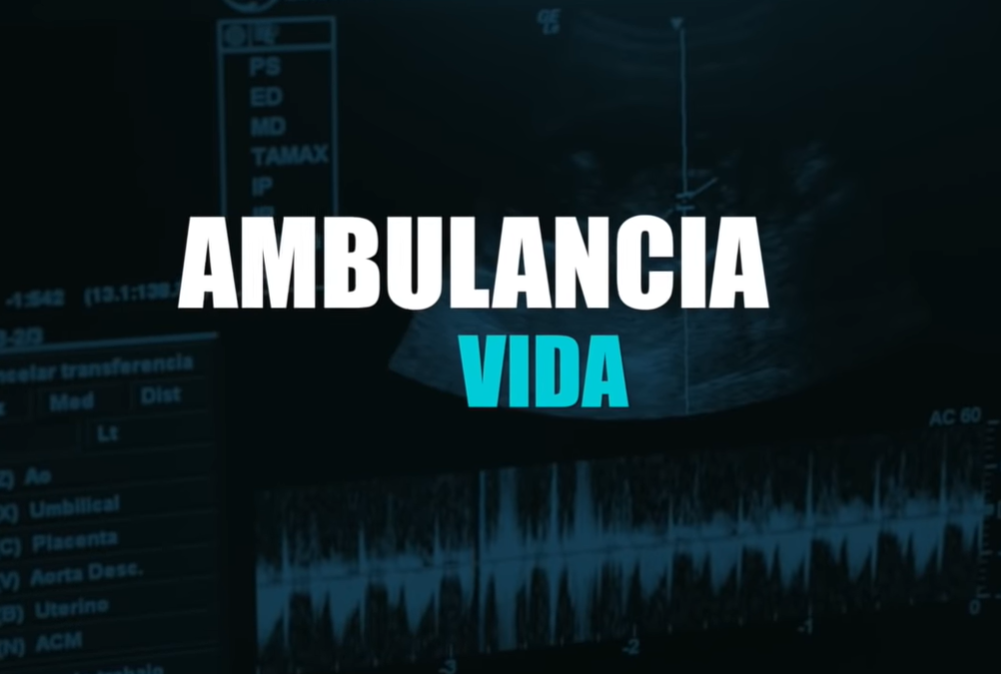 According to several studies, such as the one published by Open Democracy or the report by the Rosa de Luxemburg Foundation, the founder of Hazte Oir, Ignacio Arsuaga, used the two organizations to try and obtain electoral and economic support for Vox. A close collaboration that has served as a political quarry for some members of the ultra-Catholic lobby.

Take Gádor Joya for instance, a doctor by profession, a deputy in the Madrid Assembly for Vox and one of the most extreme voices in the party. She is a familiar face at the doors of abortion clinics, where she goes in a van to perform ultrasounds and hence pressure and intimidate the women coming to terminate their pregnancies. Such acts clearly violate women’s reproductive and sexual rights; but if the proposal approved in Parliament continues to take its course, these will soon be considered a criminal offence.

Click here to read the original Spanish version of the article.